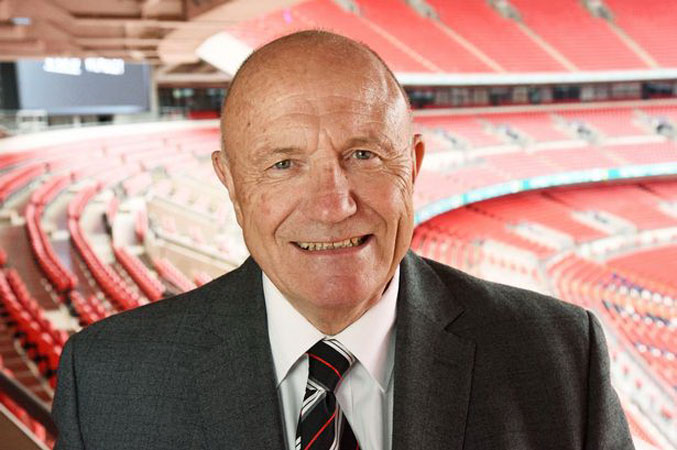 LONDON: George Cohen,the right-back in England’s 1966 World Cup-winning team, has died aged 83, his former club Fulham announced Friday. The 37-times capped defender played every minute of the victorious campaign on home soil that culminated in a 4-2 extra-time win over the then West Germany to give England their first — and so far only — football World Cup title.

“Everyone at Fulham Football Club is deeply saddened to learn of the passing of one of our greatest ever players — and gentlemen — George Cohen MBE,” said a statement on the London club’s website. Cohen spent his entire career with Fulham, playing 459 games for the Cottagers from 1956-1969 before a knee injury cut short his career at 29. He later worked in the club’s hospitality suites. Cohen’s contribution to Fulham was recognised when his statute was unveiled at Craven Cottage in October 2016. He said at the time: “I find it absolutely wonderful that they even thought I was worthy of (a statue). “Especially as it was alongside Johnny Haynes, the greatest name in Fulham’s history.

“To be alongside him, it was rather unbelievable. It was great to think that not only the club but the supporters had wanted to put a statue of me there.” Cohen was a campaigner and fundraiser for research into cancer, which claimed the life of England’s 1966 captain Bobby Moore and dementia, which affected several members of the team in later life including Manchester United great Bobby Charlton. Cohen announced in 2017 he would be donating his brain for scientific research upon his death. Cohen was not the only world champion in his family, with nephew Ben Cohen a wing in the England side that won the 2003 Rugby World Cup final against Australia in Sydney — a match that also went to extra-time.