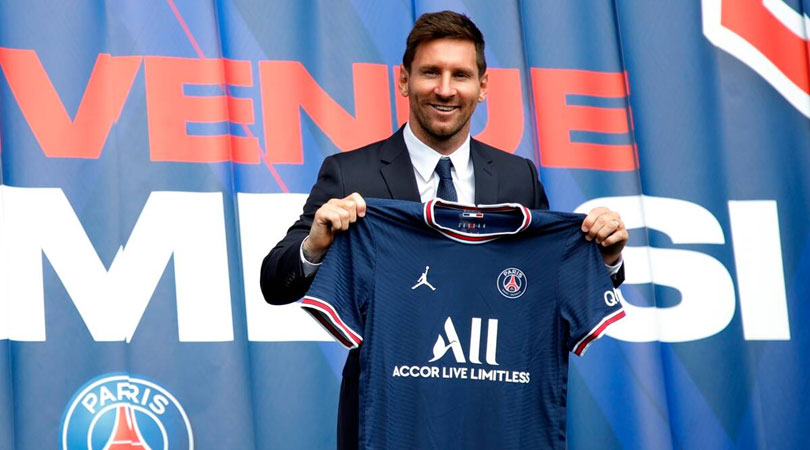 PARIS: World Cup winner Lionel Messi has reached a deal with Paris St Germain to stay with the club for at least the 2023-24 season, French daily Le Parisien reported on Wednesday late night.

The 35-year-old forward, seven-times winner of the Ballon D Or, helped Argentina lift the World Cup trophy by beating France on penalties in the final on Sunday.

“In early December, in the midst of the World Cup, an agreement was reached (for Messi) to stay on for at least one more season,” the paper said, citing no sources.

Paris St Germain President Nasser Al-Khelaifi said this month that Messi was happy at the Ligue 1 champions, adding that discussions about a contract extension would be held after the World Cup.

Messi, who has 12 goals and 14 assists for PSG in all competitions this season, moved to the French capital from Barcelona in 2021 on a two-year contract.

Messi to be honored with his own banknote: Argentina’s Central Bank is reportedly considering a proposal to feature the face of football superstar Lionel Messi on the 1,000-Peso bill.

This is following his impressive performance in leading the nation to its third World Cup victory.

The 35-year-old captain not only scored seven goals in the mega event and provided three assists throughout the tournament, but also took home the Golden Ball award as Player of the Tournament.

The idea to honor Messi with his own banknote, which would feature his face on the front and an image of Argentina raising the trophy on the reverse, was initially put forward as a joke but has since gained serious consideration by bank officials who are fans of the sport.

If approved, this would not be the first time Argentina has issued commemorative currency, having done so after their first World Cup win in 1978, by issuing coins to celebrate the victory back then.