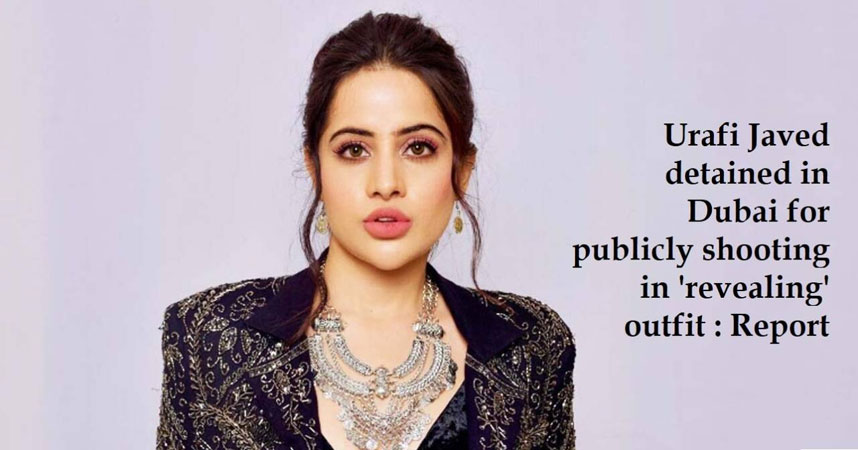 Social media sensation Uorfi Javed has been arrested by Dubai police for filming in public wearing a revealing dress. Uorfi frequently grabs the public’s attention and makes headlines by posting videos and pictures of herself wearing exposing or unusual attire. According to the Indian website Hindustan Times, Uorfi Javed, known for her provocative and rebellious outfit choices, is currently being questioned by officials in Dubai. Uorfi has been in the United Arab Emirates for more than a week for the shoot of one of her upcoming projects, the news website reported. As per reports, Uorfi was detained in Dubai for allegedly filming a video in public, wearing provocative clothing in public, which is illegal in the nation. According to another Indian website ETimes, there was ‘no problem’ with Uorfi’s outfit. However, she was being questioned by Dubai authorities because she recorded the video in an ‘open area’. The report further stated that Uorfi’s return flight to India might be delayed by the UAE local authorities.