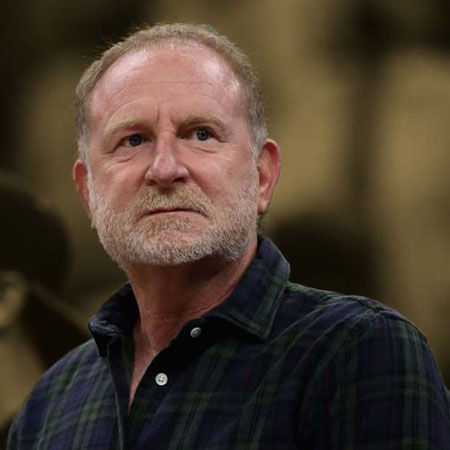 “Mat is the right leader to build on franchise legacies of winning and community support and shepherd the Suns and Mercury into the next era,” current owner Robert Sarver said in the joint statement.

“As a former collegiate basketball player and national champion, Mat has exactly the right spirit, commitment and resources to pursue championships,” added Sarver, who had been under pressure to sell the teams.

The deal, which will see Ishbia and his brother Justin take majority ownership, requires league approval to be fully completed.

“This is a dream come true for my entire family including my parents, my three children, and my brother Justin, who will be making a significant investment with me and bring his incredible business acumen and shared passion for basketball,” said Ishbia.

“I appreciate Robert Sarver’s time and support throughout the process. We are so honored to be, with approval by the NBA, the next stewards of the Phoenix Suns and Phoenix Mercury.”

Magic Johnson had earlier given his support to the takeover by a fellow former Michigan State basketball player who was part of the school’s 2000 US championship squad.

“I had a great call with fellow Spartan Mat Ishbia congratulating him on his purchase of the Phoenix Suns,” Johnson tweeted.

“He’s going to do great things not only for the Suns organization, but for the entire league. All of the other 29 NBA teams better watch out because Mat’s a winner!”

Sarver said last September he would sell the team after being banned by the NBA for a year and fined $10 million for racist and misogynist remarks and workplace bullying.

NBA stars such as LeBron James and Chris Paul declared the penalties too light and major sponsors said they would not renew deals with the Suns and Mercury if Sarver remained involved.

“In our current unforgiving climate, it has become painfully clear… whatever good I have done, or could still do, is outweighed by things I have said in the past,” Sarver said three months ago.

NBA commissioner Adam Silver had called the sale plan “the right next step for the organization and community.”

Ishbia will need to undergo a background check and be approved in a vote of club owners but those are seen as formalities.

The $4 billion deal escalates the values for NBA clubs, which leaped with sales of the Los Angeles Clippers for $2 billion in 2014, the Houston Rockets for $2.2 billion in 2017 and the Brooklyn Nets for $2.35 billion in 2019. Two months ago, Forbes magazine rated the Suns’ value at $2.7 billion, 13th overall among the NBA’s 30 clubs.

The sale also would give the Mercury a new owner when US star Brittney Griner returns next season after being held in a Russian prison for 10 months this year on drug charges before a prisoner exchange earlier this month.

Suns fans have longed for an NBA crown in vain since the franchise debuted in the 1968-69 campaign.

The Suns reached the 1976 NBA Finals but lost to Boston, fell to the Michael Jordan-led Chicago Bulls in the 1993 NBA Finals and were beaten by the Milwaukee Bucks in last year’s NBA Finals.