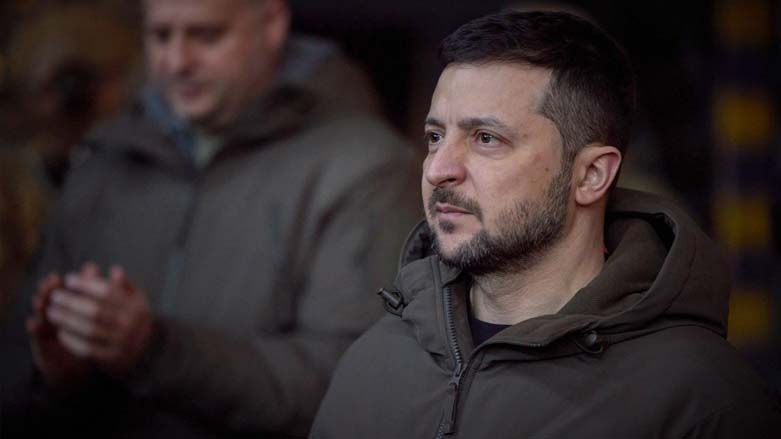 Ukraine’s President Volodymyr Zelensky will meet US leader Joe Biden and address Congress in Washington on Wednesday, a visit the White House said will send Russia a strong message of Western unity.

The secretly arranged trip comes on the same day Russian President Vladimir Putin plans to meet his top military officials to assess the dire results so far of the war on Ukraine and set goals for next year.

The visit will “underscore the United States’ steadfast commitment to supporting Ukraine for as long as it takes,” White House spokeswoman Karine Jean-Pierre said in a statement.

It will be Zelensky’s first trip outside Ukraine since Russian forces invaded in February, when they planned for a rapid takeover of Kyiv and much of the country.

Instead, the visit to Washington comes on the 300th day of a war that has seen Russian forces halted by a stubborn Ukrainian army backed by Western arms, forced to retreat from captured territory and struggling to avoid further setbacks.

“On my way to the US to strengthen resilience and defense capabilities of (Ukraine),” Zelensky tweeted, also confirming that he will make a speech to Congress.

Zelensky will visit the White House where Biden is to announce a new arms package worth almost $2 billion that a senior administration official said includes Patriot air defense missiles.

Patriot missiles are seen as crucial to help Kyiv fend off Russia’s punishing missile and drone attacks on its infrastructure.

Zelensky is then expected to address a joint session of Congress, which House Speaker Nancy Pelosi said would be “a very special focus on democracy.”

The visit was quietly planned, beginning with a phone call between Biden and Zelensky on December 11, followed by a formal invitation one week ago and confirmation of the visit on Sunday.

Details of the visit leaked on Tuesday afternoon, with officials stressing to US media that there were still security concerns over Zelensky’s travel.

In White House talks, Biden and Zelensky will discuss the arms and training provided by the United States and allies, sanctions and other pressure on Russia, and economic and humanitarian aid that Ukraine needs, the senior White House official said.

“They will discuss every element of this conflict, including the situation on the battlefield and including the question of where the war goes from here,” the official said.

The visit will send Putin “a strong message of unity and resolve from the White House, from Washington, from the free world, on behalf of all the nations supporting Ukraine,” the official added.

But that does not include pressuring Zelensky into talks with Putin, the official stressed.

Zelensky flies to the United States after a risky visit to the frontlines in Bakhmut, where both sides have endured heavy tolls in constant shooting and shelling over the past two months.

Brutal trench warfare and artillery battles around Bakhmut — once known for its vineyards and salt mines — have flattened large portions of the city and its surroundings.

“This is not just Bakhmut, this is fortress Bakhmut,” he said, handing out honors to Ukraine servicemen.

Soldiers gave Zelensky a Ukrainian flag with their names signed on it and asked him to present it to Biden and the US Congress.

Zelensky said they told him: “We have a difficult situation, the enemy is increasing their numbers. Our guys are braver but we need more weapons.”