* FM says Pakistan and US must talk to, not at, each other
* Defends 'butcher of Gujarat' remarks about Modi, says was 'referring to a historical fact' 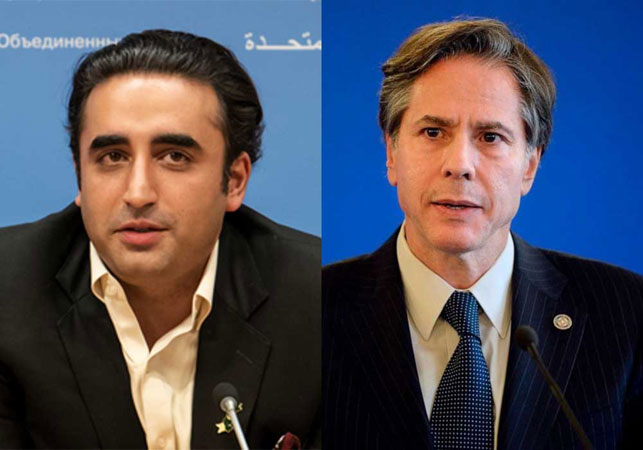 Foreign Minister Bilawal Bhutto-Zardari spoke to US Secretary of State Antony Blinken on Tuesday and discussed the need for close coordination between the two countries.

In a statement issued by the State Department’s spokesperson, the secretary expressed his continued support for the people of Pakistan as they recover from the recent devastating floods.

Both leaders shared their mutual hope for a productive international Conference on Climate Resilient Pakistan in January and discussed “the need for close coordination.”

“The secretary offered condolences for lives lost in recent terrorist attacks and underscored the United States’ resolute support for Pakistan as its combats terrorism,” the statement concluded.

Meanwhile, Bilawal Bhutto said with consistent engagement, bilateral exchanges and high-level visits, the relations between Pakistan and the United States were moving ahead positively.

The foreign minister, in an interview with the US-based television channel MSNBC, said in the past, 90% of the conversation between the two countries used to be on terrorism, and currently, 90% of the discussion took place on economic cooperation and other areas, including terrorism.

“This is a positive sign for Pakistan-US relations. We can’t change what happened in the past. We can learn from the past and engage with each other with realistic expectations,” the foreign minister remarked. He said both countries should talk to each other instead of talking at each other. To a question, the foreign minister said Pakistan needed huge funding to rebuild the destroyed infrastructure which should be resilient to cope with any natural calamity in the future. Foreign Minister Bilawal Bhutto Zardari on Tuesday defended his recent ‘butcher of Gujarat’ remarks about Indian Prime Minister Narendra Modi, saying that he was “referring to a historical fact”. At a UN conference last week, Bilawal had described Modi as “the butcher of Gujarat,” a nickname he had earned for overseeing a pogrom of Muslims in Gujarat in 2002 when he was the state chief minister.