Special overseas club to be set up at each divisional headquarters: Elahi 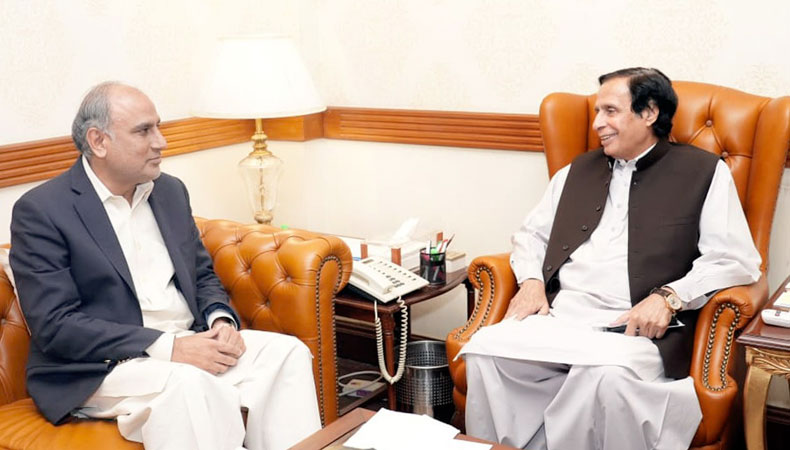 Tariq Mehmoodul Hasan said that the steps taken by Chief Minister Parvez Elahi to solve the problems of overseas Pakistanis are praiseworthy. He also briefed the CM about the performance of the institution. Meanwhile, Chairman Higher Education Commission Dr. Mukhtar Ahmad called on Chief Minister Punjab Chaudhry Parvez Elahi and former federal minister Moonis Elahi at the Chief Minister’s Office and discussed measures for the promotion of higher education in the province.

The CM maintained that exposing youth to skills-based technology is the need of the hour. New universities will be set up to promote skills-based technology; he said and added that the introduction of a uniform pay scale for university teachers was being reviewed and the pay scale will be linked with performance. Free advanced courses were being conducted for the youth in collaboration with Microsoft. We can compete with the world only by adopting new and modern trends in the field, he noted. Chief Minister Parvez Elahi further said that technology is changing every moment in the world, and we also have to adapt higher education to modern requirements. In this regard, the Punjab government will extend full support to Higher Education Commission to improve governance in universities. To correct the affairs of the universities, it is necessary to end ad-hocism, he maintained. A lot of work is needed in terms of research in universities. The stipends for students to get higher education will be increased. The CM said that new recruitments have been approved to meet the shortage of teachers. Recruitments in higher education will be made on merit. Talented and professional teachers are the need of the hour. Specialized disciplines for industrial product development will also be introduced in universities, he concluded. Secretary Higher Education was also present. The famous mountaineer Sajid Ali Sadpara called on Chief Minister Punjab Chaudhry Parvez Elahi at his office.

It may be added that 24-year-old mountaineer Sajid Ali Sadpara has scaled the K2 twice without oxygen and is the first Pakistani to scale the Manaslu Peak in Nepal. He also enjoys the honor of reaching Gasherbrum 1 Peak in three and a half days. Former principal secretary GM Sikandar and mountaineer Muhammad Ali were also present.

Chief Minister Punjab Chaudhry Parvez Elahi has expressed a deep sense of sorrow and grief over the loss of precious human lives in a traffic accident near Pattoki. The CM extended heartfelt sympathies to the bereaved families and directed the administration to provide the best treatment facilities to the injured. The chief minister has also sought a report from the administration about the accident.