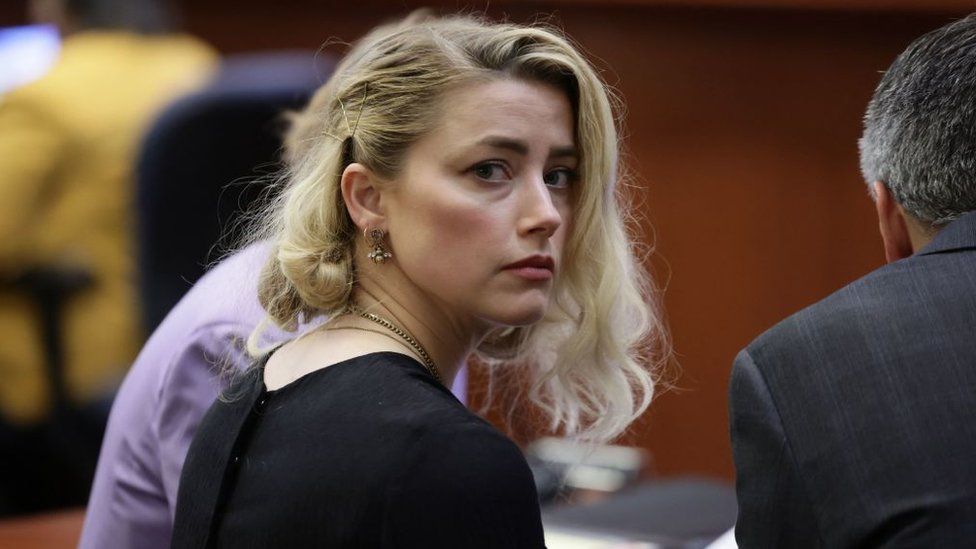 According to a statement released on Monday, Johnny Depp and Amber Heard have reached a defamation settlement in which the actress agreed to pay her ex-husband $1 million in retaliation for allegations that he physically abused her.

Heard announced on Instagram that she was giving up her appeal against the jury’s $10 million verdict because she “simply cannot go through” another trial.

“After a great deal of deliberation I have made a very difficult decision to settle the defamation case,” she said.

“I make this decision having lost faith in the American legal system, where my unprotected testimony served as entertainment and social media fodder,” the 36-year-old said.

“Now I finally have an opportunity to emancipate myself from something I attempted to leave over six years ago and on terms, I can agree to,” she said. “I have made no admission. This is not an act of concession.”

In a legal battle involving suits and countersuits, a Virginia jury found Depp and Heard both liable for defamation — but sided more strongly with the “Pirates of the Carribean” star following an intense six-week trial riding on bitterly contested allegations of domestic abuse.

Lawyers for 59-year-old Depp on Monday hailed the settlement.

“We are pleased to formally close the door on this painful chapter for Mr. Depp, who made clear throughout this process that his priority was about bringing the truth to light,” attorneys Benjamin Chew and Camille Vasquez said.

“The jury’s unanimous decision and the resulting judgement in Mr. Depp’s favor against Ms. Heard remain fully in place.

“The payment of $1 million — which Mr. Depp is pledging and will (actually) donate to charities — reinforces Ms. Heard’s acknowledgement of the conclusion of the legal system’s rigorous pursuit for justice.”

Depp sued Heard over an op-ed she wrote for The Washington Post in December 2018 in which she described herself as a “public figure representing domestic abuse.”

The Texas-born Heard did not name Depp in the piece, but he sued her for implying he was a domestic abuser and sought $50 million in damages.

Heard countersued for $100 million, saying she was defamed by statements made by Depp’s lawyer, Adam Waldman, who told the Daily Mail her abuse claims were a “hoax.”

The case, livestreamed to millions, featured lurid and intimate details about the Hollywood celebrities’ private lives.

Heard’s lawyers said following the trial that the actress did not have the resources to pay Depp the $10 million in damages.

In her Instagram post, Heard said she “defended my truth and in doing so my life as I knew it was destroyed.

“The vilification I have faced on social media is an amplified version of the ways in which women are revictimised when they come forward,” she said.

“I was exposed to a type of humiliation that I simply cannot relive.

“Even if my US appeal is successful, the best outcome would be a retrial where a new jury would have to consider the evidence again,” she said. “I simply cannot go through that for a third time.”

Entertainment outlet Variety said Heard had initially made claims of domestic abuse in 2016 during her divorce from the “Edward Scissorhands” star.

In a settlement, she was granted $7 million and the issue was shelved, with the couple signing non-disparagement and non-disclosure agreements.