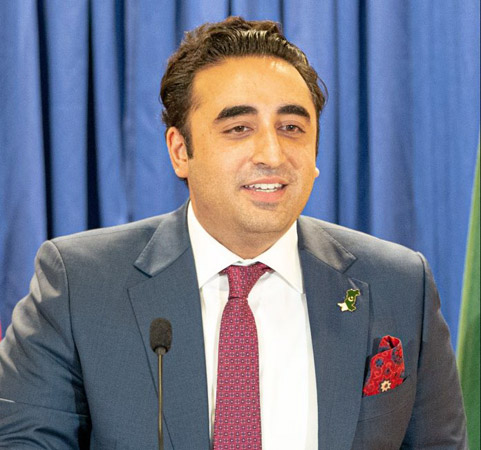 Foreign Minister Bilawal Bhutto has said that early elections are not in Pakistan’s favour as one-thirds of the country is affected by floods.

“In such a situation, no one should be thinking about elections,” Bilawal said in an interview to Bloomberg. “Imran Khan is damaging the country with his pointless ‘tantrum’ just because he is not the prime minister anymore,” he added.

In the interview, Bilawal Bhutto-Zardari also defended his remarks against Indian Prime Minister Narendra Modi, saying he has only stated a historic reality.

The foreign minister said that Pakistan needs the international community’s support to overcome challenges posed by unprecedented floods. He added that the Russia-Ukraine conflict has also affected the region’s economic situation.

The minister, when questioned about his recent remarks about the Indian PM, defended his stance and said that he has only repeated a proven historic fact. He added that not him but the people of Gujrat invented the term of “the butcher of Gujarat” for Modi.

He said that Indian Muslims, especially in Gujarat, face violence under the Modi government. He added that he had heard that BJP had put money on his head.

He said that the global community would have to ensure food safety amid war and global recession. He added that they had just agreed to IMF’s strict terms just before the flooding started now they are finding themselves in an incredibly difficult position. The Pakistan government is struggling to provide imminent relief to flood-affected people while fulfilling the terms of the IMF.

Foreign Minister Bilawal reached Washington DC on Tuesday, where he met with members of the US Congress to discuss Pak-US relations.

In Washington, the foreign minister also attended an honourary dinner arranged at the residence of Pakistan’s Ambassador to the US. The minister met with leaders of the Pakistani-American community and appreciated their support in the development of the country.