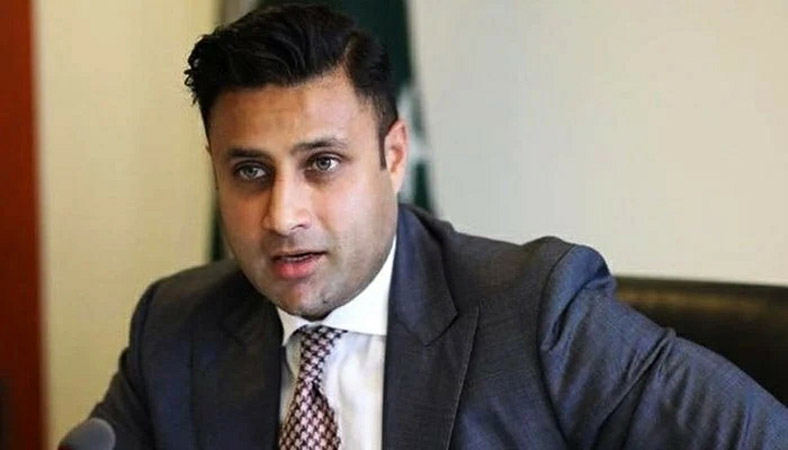 Former prime minister’s aide on Overseas Pakistanis Zulfi Bukhari has responded to the allegations of his involvement in reported sale of Toshakhana watches. In messages posted on his Twitter handle, Bukhari rejected the claims that he had taken/bought or sold exotic watches. Terming the video amateurish in how it was put together, he demanded that it should be immediately subject to forensic examination. “I am ready to pay for [the forensic examination] from my pocket,” he offered. After a brief lull, another audio clip has emerged but this time of PTI Chairman Imran Khan’s wife Bushra Bibi and former special assistant to prime minister Zulfi Bukhari’s conversation about the sale of the expensive wristwatches gifted to the former premier by world leaders. In response, Bukhari said he “did not sell any watches” as he slammed the elements behind the audio leak, claiming that even “college kids could make an audio collage”. “Earlier, it was said that watches were sold to a person named Umar Zahoor through Farah Gujjar, but when a legal notice was sent to him, now a new story has come out that these watches were sold through me.” “Let me make it clear: neither did I buy nor did I sell any watch,” he said. “Even college kids make can such cut-copy-paste audio. Its forensic analysis should be done immediately. I am ready to pay its money from my pocket,” he added. As soon as the audio was leaked, Mohammad Shafiq, the owner of “Art of Time” in a video statement, distanced himself from the controversy. “I neither bought any watch nor have I got anything to do with this whole thing,” said Shafiq in a video.

He added propaganda was going on against him -tying him to the purchase of the watch. “Neither is that my shop’s bill (receipt), nor is that my signature. Even that handwriting is not mine. My business stamps and other things have been used unlawfully,” Shafiq shared.

He added that he was hoping the matter would die down by itself -which was why he did not respond to any questions being raised. Shafique warned of legal action [against the propagandists] if he was dragged into the matter deeper.