Akshay Kumar’s next project will be on sex education 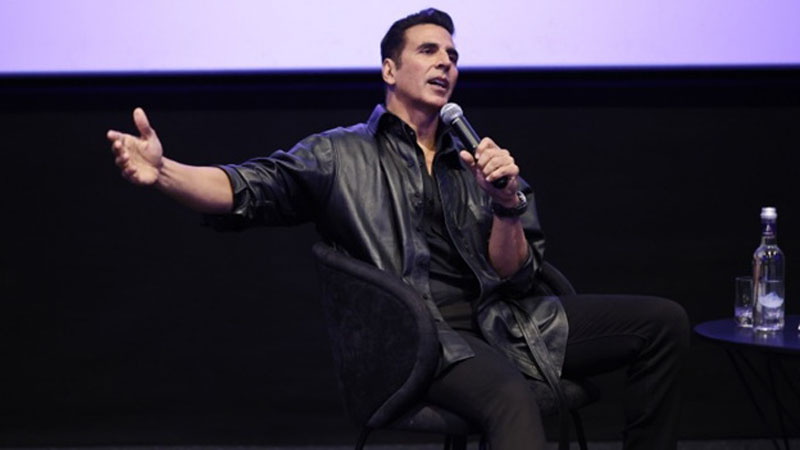 Akshay Kumar was part of a panel at the Red Sea International Film Festival in Jeddah on Saturday where he divulged details on his next project due to be released in April – May 2023.

For his next project, Akshay Kumar will be tackling the subject of sex education. The actor shared the news that he was in production on a feature film dealing with sex education and is currently working on it. Akshay was part of an In-Conversation panel at the Red Sea International Film Festival in Jeddah on Saturday as he attended the festival being held from December 1-10.

The actor is part of several big-name Indian celebrities who have stopped in Jeddah to be part of the second annual Red Sea International Film Festival. Shah Rukh Khan, Kajol, Priyanka Chopra, Saif Ali Khan, Kareena Kapoor Khan have already made their appearances, while Ranbir Kapoor and Hrithik Roshan are due to stop by later this week for their own In-Conversation panels.

Speaking to moderator Kaleem Aftab, Akshay revealed in a news report by Hollywood trade magazine Deadline, “It’s a very important subject. In a lot of places, it is not there.

We have all kinds of subjects we learn in school and sex education is one topic I would like all the schools in the world to have. It’s going to take time to release, it’s going to be April [or] May.” He also added, “It’s one of the best films I’ve ever made.”

“I like to do these sorts of films, social films. It’s not that big a commercial success film but it gives me satisfaction,” the actor explained. Akshay has previously made back-to-back social message films with Toilet: Ek Prem Katha (2017) about the necessity of toilets in small towns and villages as well as Padman (2018) revolving around menstruation and the accessibility of sanitary products.

Akshay, who was recently seen in a cameo in the Ayushmann Khurrana-starrer An Action Hero, also has the films Selfiee, OMG 2 – Oh My God! 2, the Hindi remake of the Tamil film Soorarai Pottru (2020) and the untitled biopic of Jaswant Singh Gill lined up for release next year.