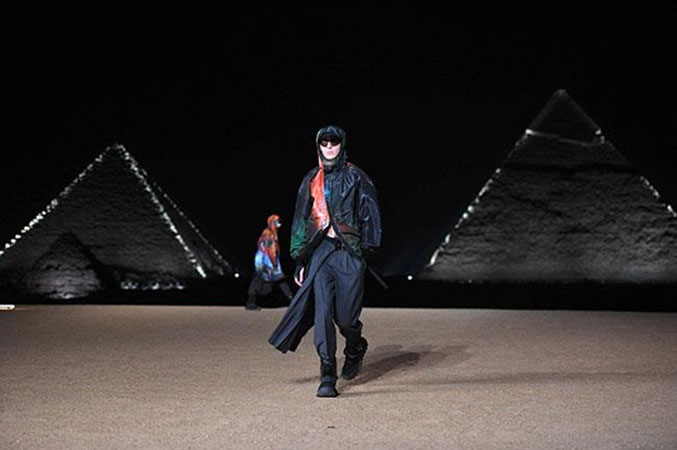 French fashion house Dior on Saturday held its first show at Egypt’s ancient Giza pyramids, presenting its 2023 fall men’s collection in the shadow of the millennia-old tombs. Dwarfed by the vast Giza necropolis — their imposing ridges illuminated by white light for the show — models showcased the collection titled “Celestial”. Saturday’s show was the second by a European fashion house to use Ancient Egyptian heritage sites as a backdrop this year. In October, Italian designer Stefano Ricci showcased his most recent collection at the Temple of Hatshepsut in Luxor. Egypt’s Giza necropolis, just west of the capital Cairo, has in recent years played host to ever-grander events, including pop concerts and contemporary art exhibitions, as the North African country seeks to project a revitalised image to draw in new tourism and business. Media entrepreneur Amy Mowafi said events like Dior’s “put Egypt on the map as a new hub for creativity and design” where creators can draw on “seven thousand years of inspiration.”