CNN lays off hundreds of employees amid economic uncertainty 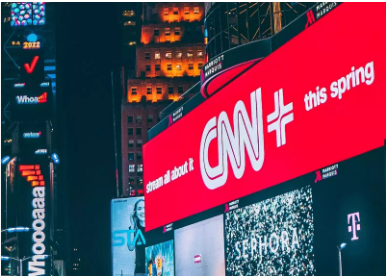 International news network CNN laid off hundreds of employees on Thursday amid what CNN called “the deepest cuts to the organization in years.”

The fairly new CEO of the network, Chris Licht, who took over in May, said in an all-staff memo that the layoffs were a “gut punch” adding that it was hard to let go of the valuable staffers.

The memo shared by CNBC reads, “To our departing colleagues, I want to express my gratitude for your dedicated and tireless service and for your many contributions to CNN.”

The CEO has warned the employees last month about the looming crisis and consequent cut down. Licht said that paid contributors would be impacted the most, with the outlet depending on its own journalists.

It has not yet been revealed exactly how many people have been fired by the number is estimated to be in hundreds out of the 4,400 employees.

According to CNN, the media industry is also being heavily affected by the “brutal economic headwinds that have taken a bat to the advertising sector.” The report said that other media outlets were also facing a tough time. The AMC Networks, for example, announced cutting 20% staff.

“All decisions are designed to strengthen the core of our business,” Licht informed in his memo. “Beginning December 6, CNN will no longer produce live programming for HLN and instead will simulcast CNN This Morning.”

The last major cut in the organisation was in 2018 when nearly 50 people were fired as the “company restructured its digital business.”

The cuts, as per a report by the outlet, are also a result of CNN’s former parent company WarnerMedia merging with Discovery, “creating a media juggernaut laced with billions of dollars in debt and a need to slash costs across the board.”