Iqra Aziz explains why she retracted from project with Feroze Khan 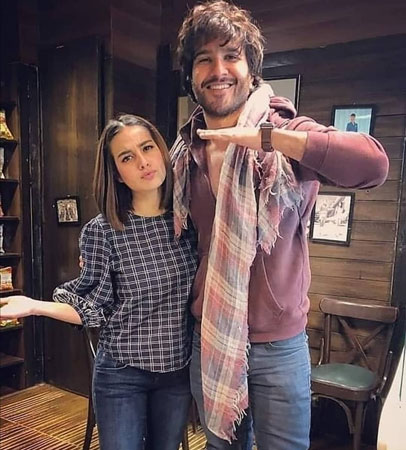 Pakistani actress Iqra Aziz recently opened up about the reason behind her retraction from a project with Feroze Khan. The “Ranjha Ranjha Kardi” appeared in a chat show and the host questioned her about working with Feroze Khan, to which Iqra replied, “For me it was very personal decision, I did what I thought was right, I wanted to do that, I took a decision and I thought I was not comfortable working with him, I wasn’t waiting for anything to be proved against anyone because there was a time in which we worked together and I wasn’t comfortable with him during that so I said no this time.”

The host summed up her point by noting that the bottom line is it’s okay for an actor to have the liberty to say no if they’re uncomfortable working with someone. “Of course!” we are in the era where we all must have career choices; we should have the right to say yes or no.”

The host further asked what her stance would be if he were proven guilty in court. Would she work with him then?

In response to that question, the “Raqeeb Se” actress refused to talk about the matter further stating that we have to wait for the time then and in case he’s proven guilty, it would be another story and she can’t talk about that based on assumptions.

Iqra then abruptly ended the conversation with an awkward laugh.