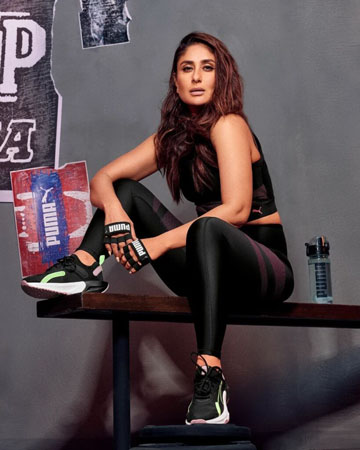 Pakistani actor and now singer Hira Mani started out in the industry after her marriage to Mani. She started doing shows with him and the couple got a lot of traction for their comedy. She later went on to become a morning show host before jumping into acting.

Hira Mani went on to become a very successful actress as she made her debut with “Preet Na Kariyo Koi”. She has also done big dramas like “Mere Paas Tum Ho” and “Do Bol”. Hira is however, also known for super controversial statements that she keeps giving including “Mard Bari Pyari Cheez Hai” to “Mard Ko Bhi Samjho”.

Hira Mani is also a big fan of Kareena Kapoor Khan. She has shared her love and admiration for the Bollywood actress many times. She likes to talk about Kareena and she has posted many things for the love of her on her social media.

When she wore a red shimmery gown for her song in ‘Kashmir Beats’ netizens said she copied Kareena Kapoor. Most of her looks are inspired by the Bollywood diva.