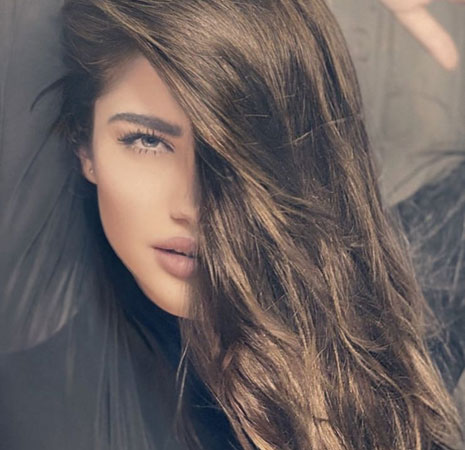 Half of her face was covered by her hair in the viral picture. She donned a black outfit.

Thousands of social media application users liked her social media post. They spoke highly of her looks with their comments.

Being one of the most followed celebs in the country on social media, Neelam Muneer often takes to her official accounts to share glimpses of her work as well as personal life with her millions of fans. Earlier, she posted clicks where she looked ethereal in an all-white floor-length eastern outfit, paired with a matching dupatta on her shoulder. She completed the elegant look with statement earrings, blowdried hair and bright pink lips.

The drama is about her trying to prove her innocence in the murder of her husband Mateen and overcoming the hurdles set by her in-laws.