Kiara Advani hints at unveiling secret, fans think it is about wedding with Sidharth Malhotra 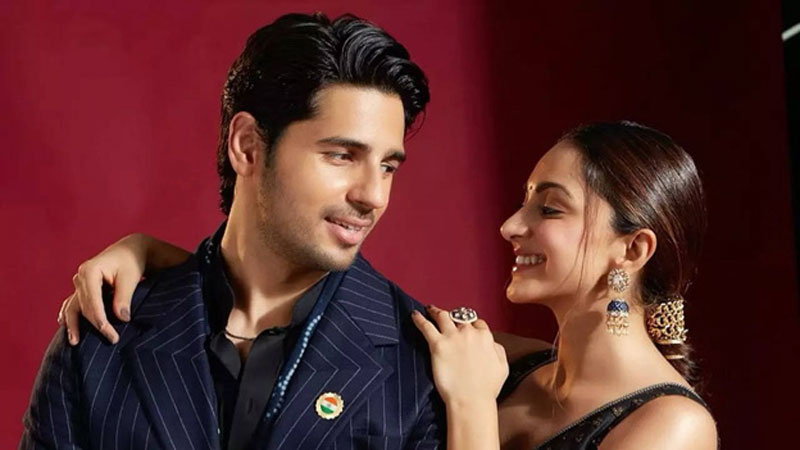 One of the hottest couples of BTown, Kiara Advani and Sidharth Malhotra, will reportedly tie the knot soon. It was being said that they might take their relationship to the next level by 2023. Amidst rumours, Kiara shared a new video on her Instagram and fans feel she is hinting at her wedding with Shershaah co-star.

Kiara shared a new video on her Instagram. Flaunting her beauty, the actress can be seen smiling and blushing, before looking at the camera. She captioned it as, “Can’t keep it a secret for long! Coming soon… stay tuned… 2nd December (sic)”

Fans took to the comments section to share their thoughts about the small clip Kiara Advani shared. Most seem to be convinced that she is talking about an impending wedding with co-star Sidharth Malhotra. A fan commented, “She’s getting married or what?” Another wrote, “I guess it’s a wedding announcement.” Another comment read, “Pre-wedding shoot is it?” “Wedding or engagement announcement? Woohoooo very happy to know,” one more read.

Earlier, in an exclusive interview, Sidharth had told us, “If I was getting married, I think it would be very difficult to keep it a secret today. We have realized that somewhere or another will come out.”

Sidharth Malhotra and Kiara Advani were last seen together in Shershaah, which turned out to be a big OTT hit. His last release was Thank God. Next, Sidharth will be seen in Mission Majnu with Rashmika Mandanna. The actor is also ready to make his digital debut with Rohit Shetty’s Indian Police Force. Besides these two projects, he has Yodha in the pipeline.

On the other hand, Kiara Advani was last seen in Bhool Bhulaiyaa 2 with Kartik Aaryan. The film released on May 20, 2022. She also featured in JugJugg Jeeyo. She is shooting for Satyanarayan Ki Katha with Kartik Aaryan and awaiting the realese of Govinda Naam Mera opposite Vicky Kaushal.