Karan’s son Yash shares a review of his ‘personality’, calls him ‘boring’

* In the video, Yash looks very bored when Karan asks him what he is doing 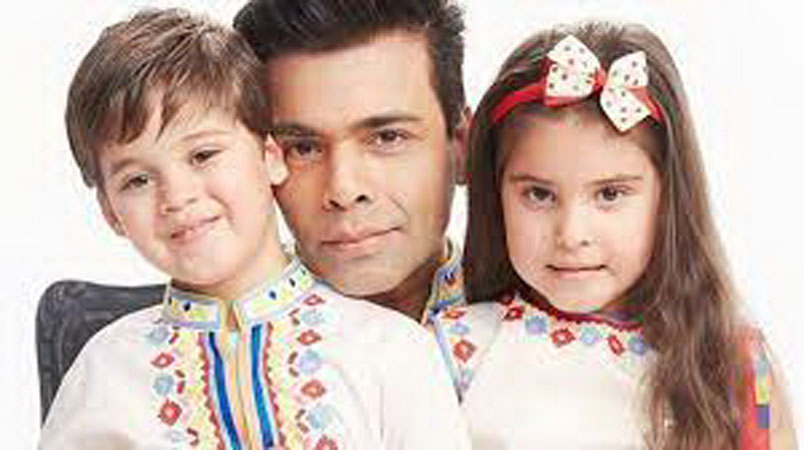 On Friday, he uploaded another cute video featuring his son Yash.

In the video, Yash looks very bored when Karan asks him what he is doing. His son innocently replies with “I am boring” to which Karan tries to correct him and say, “You mean to say that you are bored.” but the five-year-old tells his father instead, “No. You are boring me.” Karan signs off from the video in with his signature ‘Thanks’. He captioned the video as, “Review of my personality …”

A few weeks ago, Karan had uploaded a video of Yash singing Student of the Year’s Disco Deewane. His daughter Roohi also joined her brother in singing and both of them broke into an impromptu dance. Karan tagged the music composers of SOTY and wrote, “This is the third version of #discodeewane ! Please take a note @vishaldadlani and @shekharravjiani !” Karan welcomed Roohi and Yash via surrogacy in 2017. In an interview with Bollywood Bubble, he had opened up about not having a life partner and how having children was not to fill that void. “Just because you are not in a relationship doesn’t mean you should become a parent. You’ll know you want to be a parent when you’re emotionally ready. The two are not related at all. It’s not that mere zindagi mein pyaar nahi hai toh main bachche le aaunga (It’s not that because I don’t have love in my life, I should have kids).” He added, “One cannot replace the other. The love you get from a romantic liaison is very different from the love you get as a parent. And they are very different forms of love. You have to be ready emotionally to be a parent. Because, a parent is a very selfless person.”