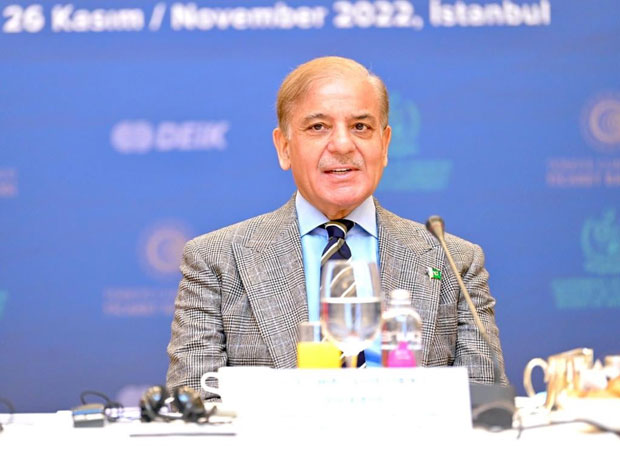 Prime Minister Muhammad Shehbaz Sharif has stressed upon the Turkish companies to invest in Pakistan, as the infinite potential between the two brotherly countries should also be reflected in the bilateral trade and business.

Addressing a Turkiye-Pakistan Business Council meeting organised by Foreign Economic Relations Board of Turkiye (DEIK) in Istanbul on Saturday, the prime minister said his government would no longer tolerate any snags and impediments in the way of investment from the foreign investors including the Turkish brothers. He reassured that his government would fully provide hassle and red tape free environment to Turkish investors. He informed that during his meeting with President Recep Tayyip Erdogan, it was conveyed that more Turkish companies were eager to come to Pakistan.

“I want to convey this message to all, through you that we are brothers and family and will not tolerate such snags and impediments which hurt our ties,” he said, and reassured that his government would remove all the issues and address their genuine issues.

He said to further promote their bilateral trade and business relations, work on ‘Trade and Goods Agreement’ between the two brotherly countries would be expedited. He said that they had signed a memorandum of understanding (MoU) to enhance the bilateral trade volume up to $5 billion in the next three years.

Turkiye’s annual trade stood around $250 billion and the trade between Pakistan and Turkiye was hovering around one and half billion dollars which had been peanuts while considering the immense potential, he added. The prime minister stressed that such a scenario did not reflect their exemplary brotherly ties and stressed upon fully exploring the indefinite potential on both sides.

Shehbaz made a pitch to Turkish entrepreneurs to invest in a 10,000-megawatt solar power project for Pakistan, saying “my investor is my master”. He told the investors that his government was resolved to cut down “very expensive” imports of oil and petroleum products, on which $27 billion was spent last year. “We simply can’t afford this.” So, he explained, his government had invited foreign investment at a conference in Islamabad around a month and a half ago for a 10,000MW solar power project.

PM had given approval for the execution of the solar project in September as part of measures to reduce the import bill. “It’s not just a paper, or a talk, or a feasibility,” he said about the project. “I, along with my colleagues, […] am committed to this philosophy that we shall implement this scheme with in letter and spirit with our own resources, with investment from Turkiye, from China, from Saudi Arabia, from Qatar, from the UAE, from the United States of America, from wherever.” He assured the investors that the Pakistan government would create a conducive, enabling and friendly environment for them to invest in the project. Meanwhile, in a major development, the Economic Cooperation Organisation (ECO) Trade and Development Bank announced to provide financial assistance worth €150 million to Pakistan. The development came during a meeting between Prime Minister Shehbaz Sharif and ECO Trade and Development Bank President Yalcin Yuksel in Istanbul.