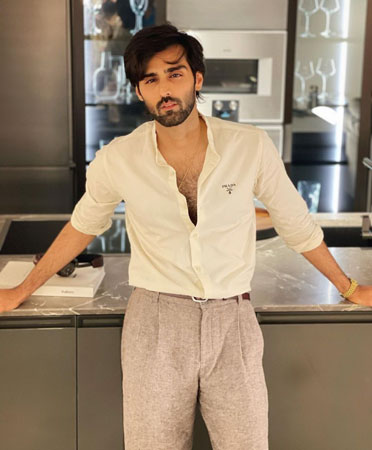 Model Hasnain Lehri announced that he is in a relationship with fellow celebrity Loujain ‘LJ’ Adada on social media.

The duo had a heartfelt conversation on the microblogging social media application Twitter.

Hasnain Lehri wrote that he never believed in fairy tales till he came across her. In her reply, she told him that fairy tales “do come true”.

It is pertinent to mention that he started dating fellow model Sabika Imam and the duo confirmed their relationship on October 11, 2018. The rumours of their engagement started making rounds after that.

They parted ways after nearly a year.

“And so this journey officially comes to an end. It has been a long time since we both realised that our paths are destined to be separate.

After multiple attempts and much consideration we have called it quits,” she wrote.