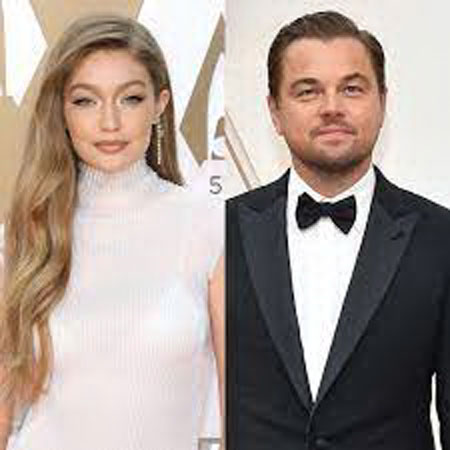 Once upon a time in New York City… Gigi Hadid and Leonardo DiCaprio continued to fuel romance rumors as they were spotted leaving the same Manhattan restaurant in the late hours of Nov. 18. The stars were snapped by paparazzi, separately, heading out of celeb hotspot Cipriani’s. According to an eyewitness, Gigi and Leo “left within minutes of each other” with the supermodel exiting first, followed by the Oscar winner and his friend Vivi Nevo.

For the outing, Gigi wore a crop top under a leather jacket and a blue scarf, while Leo bundled up in a black puffer coat teamed with black jeans, white sneakers, a baseball cap and face mask.

The two were first photographed hanging out together in September. As the Daily Mail reported, Gigi, 27, and Leo, 48, attended an event at Casa Cipriani during New York Fashion Week where they were snapped leaning in close to each other as they tried to chat in the midst of the busy party. Later that month, the duo appeared to be spending time together during Paris Fashion Week. Following her runway appearance in the Messika fashion show, Gigi-who shares 2-year-old daughter Khai with ex Zayn Malik-was photographed returning to her hotel, the Royal Monceau. That same night, Leo was also photographed leaving the same luxury hotel before hitting a Paris nightclub.

While the two have yet to publicly address their relationship status, another source recently told E! News where the stars currently stand. “Gigi and Leo are having a lot of fun right now,” the insider shared in October. “They have been trying to stay low-key and private and she has been enjoying the time they have been spending together.” Added the source, “Gigi is grateful he came into her life during this time and has said it’s exactly what she needed. Leo is very laidback and she likes that their relationship is casual and easy. It’s going well so far.”

The rumored romance comes shortly after Leo’s split from his girlfriend of four years, Camila Morrone. Over the summer, another insider exclusively told E! News that the Titanic star and the 25-year-old model had been “traveling a lot,” leading to the couple’s breakup.

“Distance played a factor,” the source said in August, adding that the relationship simply “ran its course.”