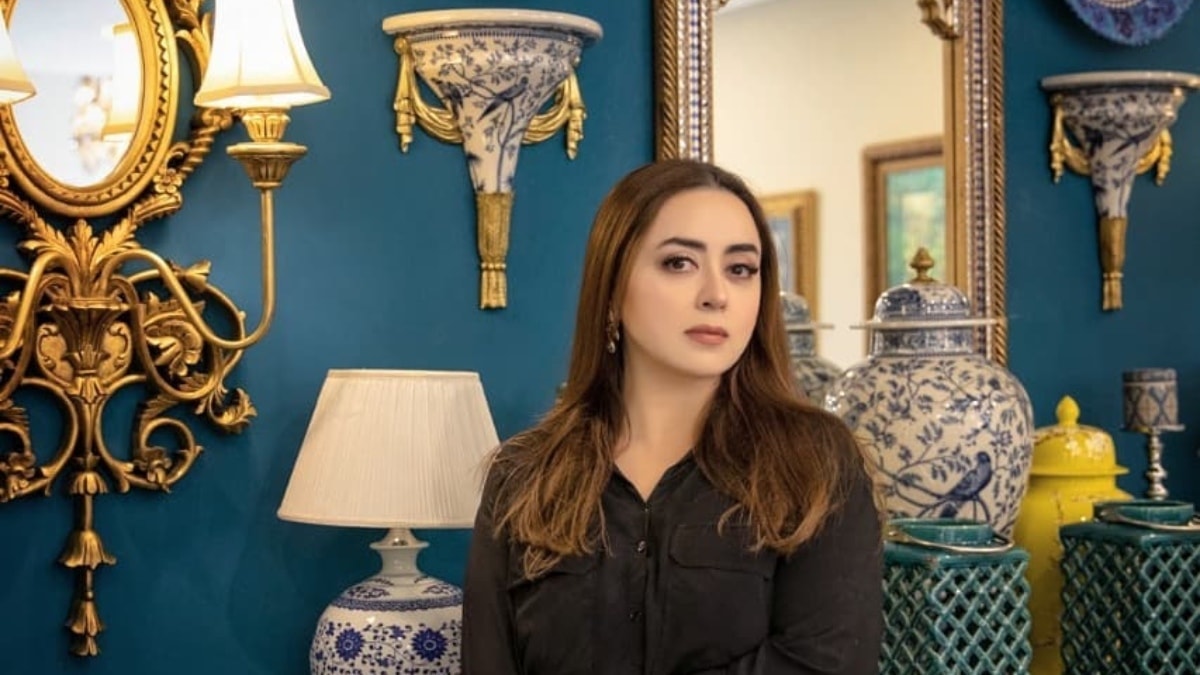 Dr. Mehrub Moiz Awan, a transgender rights advocate, and other activists at the Sindh Moorat March in front of Frere Hall in Karachi initially showed the poster including images of fashion designer Maria B and senator Mushtaq Ahmad before applying the black spray to their faces.

In front of Karachi’s ancient Frere Hall, popularly known as the city hall, the transgender community organized the Sindh Moorat March as a form of protest.

Dr. Mushtaq, a lawmaker for Jammat-e-Islami, was criticized by Dr. Mehrub on the program for allegedly having transphobia.

A number of transgender community members participated in Moorat March and raised voices for their rights, but the hateful act against designer Maria B and the politician was widely condemned on social media.

Condemn this act inciting violence against Senator Mushtaq Ahmad Khan and Maria Butt. This tantamounts to moral obscenity by a minority which is misusing the freedom of speech under article 19 of the constitution. The Govt. of Sindh should take notice. pic.twitter.com/vVNnUChmi8