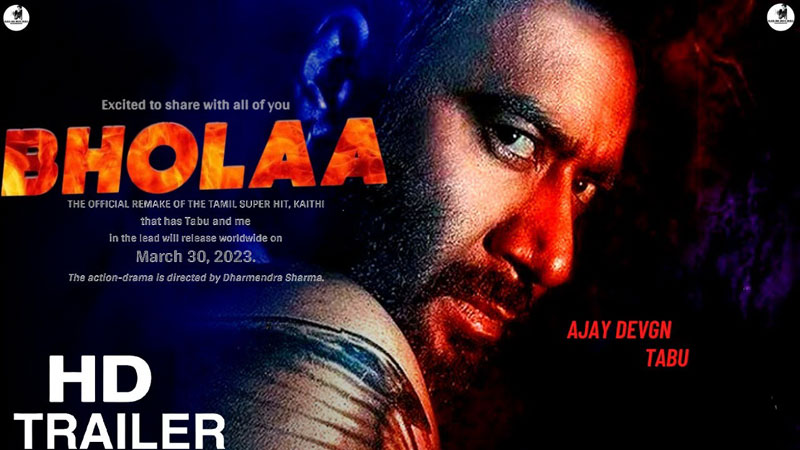 The teaser of the upcoming Bollywood film “Bholaa” starring Ajay Devgn and Tabu in leading roles is going viral on social media platforms.

“Bholaa” is a Bollywood remake of the 2019 superhit Tamil movie ‘Kaithi,’ which is available on YouTube. The flick tells the story of a freed criminal named Bholaa whose plans to meet his daughter go awry because of a well-orchestrated drug bust.

Ajay Devgn, who plans to make it a trilogy, has directed and produced the film and plays the leading role. The cast also features Tabu, Sanjay Mishra, Raai Laxmi, Deepak Dobriyal, Makrand Deshpande, Kiran Kumar, Jahangir Khan and others.

Reports of the “Lajja” approaching his prolific co-celebrity Salman Khan to appear in the flick are making rounds.

It is pertinent to mention that Ajay Devgn and Tabu recently shared the screen in the sequel of the superhit Bollywood film “Drishyam” titled “Drishyam 2”.