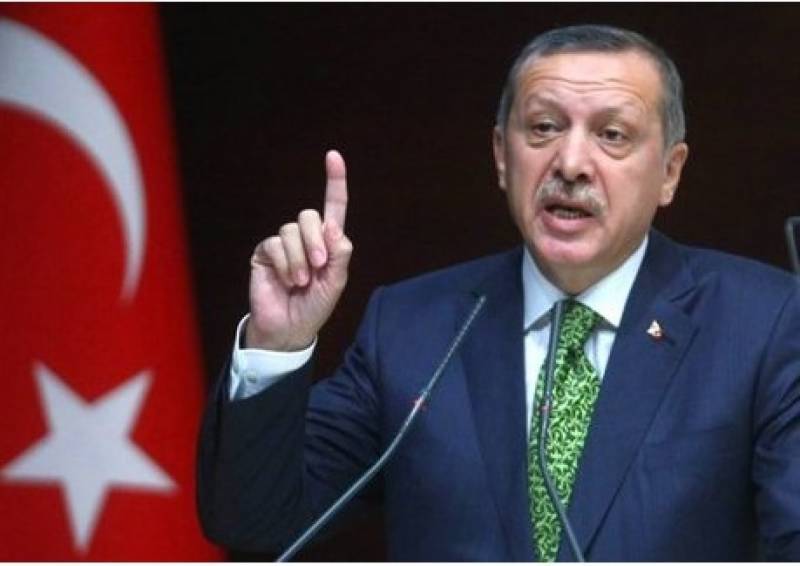 “There is no doubt that this operation will be limited to an aerial operation,” Erdogan told reporters on a flight home from Qatar after attending the World Cup’s opening ceremony.

“Those who disturb us on our territory will pay,” he added.

Since May, Turkey’s president has threatened a new military operation in northern Syria.

Turkey struck dozens of targets in northern Syria and northern Iraq overnight, a week after a bomb attack in Istanbul killed six people and injured 81 others, which Ankara blamed on the Kurdistan Workers’ Party (PKK).

Kurdish groups and authorities have denied responsibility for the November 13 bombing, which brought back painful memories of a wave of attacks in Turkey from 2015 to 2017.

According to top officials, rocket fire from Syria killed at least two people, including a child, in Turkey’s border town of Karkamis on Monday.

“Competent authorities, our defence ministry, and our chief of staff will jointly decide the level of force that our ground forces should use,” Erdogan said.

According to the Syrian Observatory for Human Rights (SOHR), a British-based monitoring group, Turkey’s raids, which primarily targeted positions held by Kurdish forces in northern and northeastern Syria, killed at least 37 people and injured 70 others.

Ankara claimed that the targeted Kurdish bases were used to launch “terrorist” attacks on Turkish territory.

On Monday, thousands gathered to bury 11 people who died in Al-Malikiyah, Syria’s far northeast, including a journalist for a Kurdish news agency, with caskets draped in red, white, and green Kurdish flags.

“We urge the world, all those who care about human rights, and the great powers,” a mourner named Shaaban, 58, told AFP during the funerals, to put pressure on Turkey to stop its strikes that “target us with planes and drones.”

Washington expressed condolences for civilian casualties in Syria and Turkey and urged a de-escalation in Syria.

“We urge de-escalation in Syria to protect civilian life and support the common goal of defeating ISIS,” said State Department spokesperson Ned Price, referring to the fight against the jihadist Islamic State group.

“We will continue to oppose any unilateral military action in Iraq that violates Iraq’s sovereignty,” he added.

In Berlin, the German Foreign Ministry urged Turkey to “react proportionally and in accordance with international law,” adding that “civilians must be protected at all times.”

Turkey’s latest military push could strain relations with its Western allies, particularly the US, which has relied heavily on Syrian Kurdish militia forces in its fight against IS jihadists.

According to SOHR, Kurdish fighters and Syrian soldiers were among those killed during the attacks in Raqa and Hassake in the northeast and Aleppo in the north.

The PKK has been fighting a bloody insurgency for decades and is considered a terrorist organisation by Ankara and its Western allies.

According to an AFP correspondent, after Karkamis was hit, Turkish forces backed by Syrian allies exchanged artillery fire with the SDF.

Ankara regards the YPG as a PKK-affiliated terror organisation.

Erdogan stated that he had “no discussion” about the operation with either US President Joe Biden or Russian President Vladimir Putin.

Turkey has frequently accused Washington of supplying weapons to Kurdish forces, while Russia backs pro-Damascus militias in the region.

Between 2016 and 2019, Turkey launched three large-scale operations against Kurdish groups in northern Syria.

AFP journalists reported that dozens of protesters opposing Turkish raids in Syria and Iraq were arrested late Monday in Ankara and Istanbul after gathering at the request of the pro-Kurdish HDP party.