‘The Walking Dead’ series finale — ‘Rest in Peace’? If only we were so lucky

* Picking up right where the last episode ended, we see Daryl desperately bringing a seemingly grievously wounded Judith to a nearby hospital 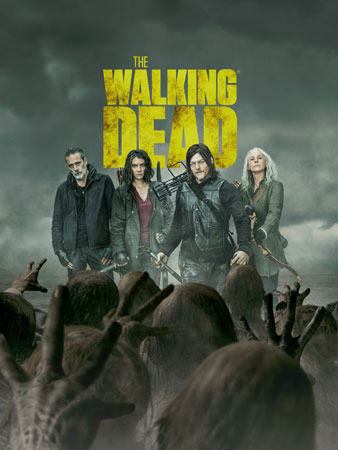 It was more than a decade ago that The Walking Dead aired its stunning first episode. Such a strong beginning is difficult to remember as we now find ourselves at the end of a meandering final season that, like the many that preceded it, lacks much remaining emotion or engagement. In many ways, it hasn’t ever really felt like this concluding season was actually building to anything of consequence or, in a broader sense, even really final. There are three spinoffs soon coming down the pipeline that mean this final episode, entitled “Rest in Peace,” is not going to be the last no matter how much we may wish it to be. Yet, somehow having stuck with the show through more than twelve years, multiple presidents, and a reshaping of society as we know it, the closing of this chapter still was a fascinating one. It was rushed, chaotic and to be blunt, rather disappointing. However, even as the show is not going to be remembered as one of the best due to its precipitous decline in quality, it certainly will hold an infamous place in television history for just how long it dragged on.

Picking up right where the last episode ended, we see Daryl desperately bringing a seemingly grievously wounded Judith to a nearby hospital. She had been shot by the corrupt leader of the Commonwealth Pamela and now the entire community has been overrun. The episode initially focuses on keeping Judith, fading in and out of consciousness, from dying. Had the episode only centred on this and allowed us to feel more of the tension, it might have been compelling. Instead, it had to deal with a whole host of other characters and scenarios all playing out at the same time. There are a couple of supposedly significant character deaths, including that of Luke who dies after being torn apart by the undead, but there are also some fake-outs like when Rosita falls back into a horde of walkers only to bounce right back up like the Energizer Bunny. But hey, this is The Walking Dead where certain characters are basically invincible when the plot demands them to be and others are disposable to give the illusion of danger. Intermixed through all of this is the show’s continued hinting of how the walkers have evolved to become more of a threat by using tools and scaling barriers. It doesn’t really mean anything here as it is just a setup for the spinoffs and feels extraneous to this final episode.

While all this chaos is unfolding as walkers take over the Commonwealth, Maggie and Negan have a moment to themselves where they discuss taking out Pamela. Negan, in the continuation of a half-hearted redemption arc for killing off Glenn and any remaining interest most viewers had in the show, gives a little speech about how he is the one that has to do this so that Maggie can still maintain her hold on goodness. It has some sort of impact on her as she decides to work with him to bring down Pamela. Such a development isn’t terrible in theory, but it is drowned out by all the various other plot threads that the episode hurriedly ties up. Honestly, it would be impressive if it wasn’t so insipid. At the centre of this is Daryl and Carol who continue to watch over Judith. When she wakes up, they briefly discuss her parents before they get interrupted by the forces of the Commonwealth killing off the civilians trying to get into the wealthy area of town. Ezekiel gives a speech where he rallies the remaining characters to take down Pamela that is meant to be inspiring though mostly just exists to keep everything moving to the final confrontation. Except, that doesn’t really happen.

The show has been trying to go through a bit of a transformation for a while, where instead of being about how the world made people cruel, as had been hammered home in the past several seasons, there was a residual goodness that would triumph. Again, not a bad potential emotional shift in theory, but it feels far too forced in how it gets thrown in here. Daryl manages to convince the Commonwealth forces to let in the remaining people and arrest Pamela. However, rather than be taken and confined, she walks over to a wall of walkers where it seems like she is about to be killed. That too doesn’t happen when Maggie decides to show mercy and aim with ridiculous precision to prevent her from being eaten. It is both lacklustre and laughable as then everyone just comes together to take back the community from the undead. There is a literal needle drop, Living Colour’s “Cult of Personality,” which the show justifies by using to draw the walkers away from the humans where they are then exploded when the song ends. While meant to be thrilling, it is all too neat and easy. Sure, there is a defiant Pamela who gives a final taunt before being imprisoned, but it is all conveyed with such speed that none of it leaves an impact. It is as though, after so many seasons that were devoid of substance and unable to justify their existence, everyone just wanted to be done. At least, until they get to start fresh for all the other shows that are now coming.

The highlight of the finale comes when we actually get a prolonged monologue where Maggie speaks to the pain of losing Glenn directly to Negan. Unfortunately, any emotional depth or attempt to grapple with loss gets lost when the show immediately puts that all behind it for a cutesy dinner scene. Set to “Landslide” by Fleetwood Mac, it ends up bordering on feeling like a parody of what a finale like this should be. There is a “twist” when we discover that Rosita actually wasn’t fine, but it doesn’t feel meaningful when her character only sporadically popped up in the episode. Still, after laying next to her child while Gabriel sends her off with one final prayer, and she says one last goodbye to Eugene, she perishes – off-screen. It ends up feeling like the show wanted to have a final pileup of bodies though wasn’t sure exactly how to do it. As we then get a flash forward to a year later, everything is just hunky-dory for all our characters, with Ezekiel now serving as governor while the Commonwealth is thriving. Daryl still goes on patrols, but it seems as though everything is quiet. However, the show had long been treating the zombies as just background noise to broader conflicts so the fact that this exposition is dropped on us feels like it has been a long time coming already.

As for how this will set up for future shows, for those that care about such things, the biggest indication of what is coming is when Maggie vaguely references wanting to discuss the future. Daryl and Carol have a bonding moment where he expresses how he wishes she was coming with him into spinoff land which won’t be happening since McBride recently exited their show. There are plenty of hugs and the rising up of a score designed to tug at the heartstrings, though it still just comes across as empty. To see Daryl drive off on his motorbike into the distance is almost silly, especially with what follows it. As we had known was coming for a while, we get a brief glimpse of Rick and Michonne seemingly writing to each other around separate fires while still apart as a montage plays. They each are facing their own problems, with Michonne riding on a horse and Rick facing down a helicopter who orders him to surrender, though it just comes across as a cynical tease for more that it hasn’t earned. As all the characters give the closing message of “we’re the ones who live,” it should have included “so we can trick you to keep tuning in.”