FIFA World Cup in numbers: A tournament to outspend them all 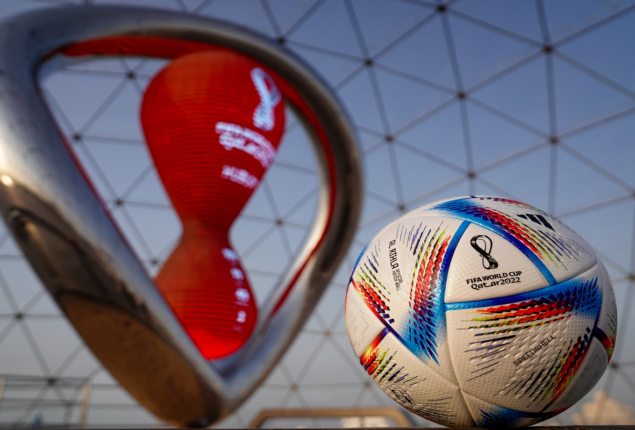 The 2022 FIFA World Cup will be the most compact in history, staged in the smallest-ever host country. But by most other measures, Qatar’s football extravaganza will outstrip all previous World Cups. France 24 takes a look at a tournament unlike any other, in 10 key figures.

At 220 billion euros, according to finance consultancy firm Front Office Sport, the 2022 World Cup will have cost five times more than the last seven tournaments put together. The total expenditure shatters the record previously held by Brazil’s 2014 World Cup, which cost 15 million euros.

The tiny emirate built six brand-new stadiums, each with ultra-modern air-conditioning systems to shelter fans and players from the heat. The 60,000-seater Al Bayt stadium alone will have cost 3 billion euros, more than three times the cost of the Stade de France near Paris, built for the 1998 World Cup.

The Lusail Stadium, an 80,000-capacity venue on the outskirts of Qatar’s capital Doha, will host the FIFA World Cup final in December 2022.

All World Cup stadiums are located within a 55-kilometre radius around the capital, Doha. That was a key argument put forward by the Qatari bid: organising a compact event in which all facilities are easily accessible. Thus, the Khalifa International and Education City stadiums are just five kilometres apart.

Stadium 974 is named after the number of recycled shipping containers that were used to build it. With a capacity of 40,000, the stadium will be dismantled after the World Cup and reassembled to host sporting events elsewhere, though its next destination remains unknown.

The 40,000 seater stadium is made of shipping containers. The aim is for the stadium to be dismantled and reassembled in a new location after the tournament. pic.twitter.com/CVBLOMreoC

A total of 3.2 million tickets have been made available for the tournament, a third of which are allocated to sponsors and carriers. According to FIFA figures, ticket sales had reached 2.89 million tickets by October 17. The countries that bought the largest number are, in decreasing order, Qatar, the United States, Saudi Arabia, Britain, Mexico, the United Arab Emirates, Argentina, France, Brazil and Germany.

In mid-October, Qatari officials said they had received between 1.5 million and 1.7 million applications for Hayya (“Welcome”) Cards, which are required to access stadiums and free public transport. While the number is lower than the 3 million spectators recorded at the 2018 World Cup in Russia, it remains a huge logistical challenge for tiny Qatar, with a population of just 3 million.

A shortage of accommodation in Qatar means a total of 168 shuttle flights will transport fans from neighbouring countries on each day of the World Cup. They include 60 daily flights from Dubai, 48 from Mascate (Oman), 40 from Riyadh and Jeddah (Saudi Arabia) and 20 from Kuwait City. Meanwhile, Air France will temporarily resume flights from Paris to Doha for the first time in 27 years, operating 3 to 6 flights per week.

French fans hoping to attend the defending champions’ matches will have to disburse an estimated 6,000 euros to cover transport, accommodation and ticket costs, according to the association Football Supporters Europe. That’s two to three times the equivalent budget for the last World Cup in Russia.

Qatar will ultimately profit from hosting an event watched by millions around the world, to the tune of 9 billion dollars (8.7 billion euros), according to the tournament’s organizers. The figure is based on Qatar’s own assessment of the cost of staging the event, which is significantly lower than the 220 million euros put forward by Front Office Sport. According to organizers of the 2018 World Cup, the tournament injected 12.5 billion euros into the Russian economy between 2013 and 2018, the equivalent of 1% of the country’s GDP.

Qatar’s World Cup will pump up to 3.6 million tonnes of CO2 into the atmosphere, according to a FIFA report from June 2021, up from 2.1 million tonnes for the 2018 tournament. However, NGOs say the figure is almost certainly an underestimate.

More than 6,500 migrant workers from India, Pakistan, Nepal, Bangladesh, and Sri Lanka have died in Qatar since it won the right to host the World Cup in 2010, according to a Guardian investigation based on data from the workers’ countries of origin. Qatari officials have rejected the damning report by the British newspaper as “misleading”.