Germany arrive in Qatar after Messi makes his entrance 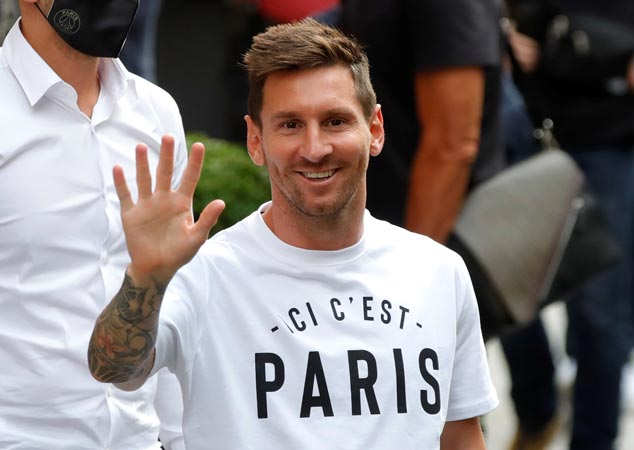 DOHA: Four-time winners Germany arrived at the World Cup in Qatar on Thursday after Argentina superstar Lionel Messi touched down to launch his final bid to win football’s biggest prize.

After a 1-0 win in a low-key warmup game against Oman the night before, the Germans, led by captain and goalkeeper Manuel Meuer, flew into Doha.

Germany are aiming to erase the nightmare of the 2018 tournament in Russia when they crashed out of the World Cup in the group stage after winning it four years earlier.

Team official Oliver Bierhoff explained why they had opted for the seclusion of a hotel in Al-Ruwais, an hour and half from the capital.

“We want to develop a team spirit there that will carry us through the tournament — and for as long as possible.”

Messi landed with the Argentina squad in the early hours of the morning from Abu Dhabi where he scored in a straightforward 5-0 win against the United Arab Emirates in front of 36,000 spectators on Wednesday.

It was his 91st international goal for the 1978 and 1986 World Cup winners who extended their unbeaten run to 36 matches.

The tournament is likely to be the final chance for 35-year-old Messi to emulate fellow Argentine great Diego Maradona in leading his country to World Cup glory.

The South Americans begin their campaign on Tuesday against Saudi Arabia in Group ‘C’, which also includes Mexico and Poland.

France arrived in Doha on Wednesday, seeking to become the first team to retain the World Cup since Brazil in 1962.

Ten members of the 2018 title-winning squad are in the squad, including captain Hugo Lloris, Kylian Mbappe and Antoine Griezmann.

But the defending champions, grouped with Australia, Denmark and Tunisia, are without first-choice midfield pair Paul Pogba and N’Golo Kante.

Ballon d’Or winner Karim Benzema, who has missed a series of games for Real Madrid this season because of injury, is set for his first World Cup appearance since 2014.

Away from the big guns, Wales were relishing the opportunity of returning to football’s biggest stage after a 64-year wait.

“We want to show how big Wales as a nation can be and show how good we are,” defender Ethan Ampadu told reporters at the team base.

The Welsh will pin their hopes on Gareth Bale, the former Real Madrid winger who often reserves his best performances for his country.