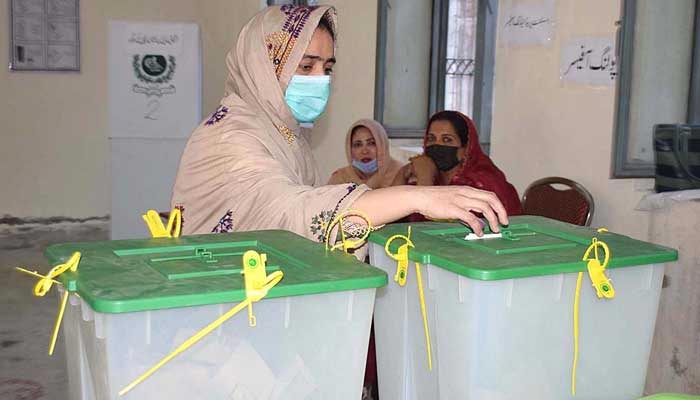 The Sindh High Court Friday morning ordered the Election Commission of Pakistan (ECP) to announce a new schedule for the local government elections in Karachi and Hyderabad immediately.

During its previous hearing on Monday, the SHC reserved its verdict on the petitions filed by the PTI and the JI. A two-judge bench of the SHC headed by Chief Justice Ahmed Ali M Sheikh heard the case.

During the hearing, Sindh Election Commissioner Ejaz Anwar Chauhan told the court that the ECP was ready to conduct the polls if the government agreed to provide security.

However, the High Court announced its verdict on Friday, accepting the pleas of Pakistan Tehreek-i-Insaf and Jamaat-i-Islami.

The court directed the Sindh government and the provincial IG police to make arrangements for providing security during polls.

The court also ordered the provincial government to immediately release the election schedule.

In August, the PTI and JI filed petitions in the SHC after the ECP had postponed for the second time the local government elections scheduled to be held in Karachi and Hyderabad divisions.

The LG polls have been delayed multiple times since July after the Sindh government repeatedly refrained from providing security for the elections due to floods.

The elections were initially scheduled for July 24, but they were delayed due to “bad weather and rains”. Then, polling was set to take place on August 28 and October 24, but the provincial government refused to provide security.

During the hearing on Monday, Sindh Election Commissioner Ejaz Anwar Chauhan told the court that the ECP was ready to conduct the polls if the government agreed to provide security. When the CJ asked IGP Ghulam Nabi Memon about the provision of police, he stated that they were facing a shortage due to various reasons.

He said that around 25,000 policemen had been deployed during the 2015 LG polls in Karachi. Still, now about 45,000 policemen were required for holding elections after incidents of violence were reported during a by-election in Korangi.

A report submitted to the court said that the total number of police in the province was 118,858, out of which 40,157 officials were deputed at Karachi range and over 19,000 in Hyderabad while more than 18,000 personnel were deployed in flood-hit areas and additionally, a total of 33 SSPs, 68 DSPs and 7,305 police personnel were also tasked to perform their duties in the flood-affected areas. Over 45,000 police personnel were required for the LG elections, it added.