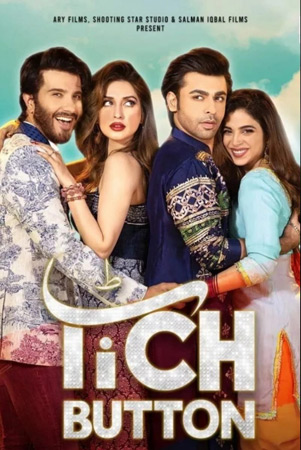 The Saraab actor later appeared on The Talk Talk Show and revealed how both parties are willing to resolve the aforementioned lawsuit in a settlement. She said, “Yes, they have talked to my lawyer in a meeting and they are discussing a settlement. I mean if this had happened earlier, it wouldn’t be such a big issue now.”

Although Sonya spoke highly of the film throughout the discussion and urged her fans to watch it, she still lamented the notion of joining the ongoing promotions and said that she won’t be doing them. “They also might ask me to come to the future promotions and I most likely won’t do that.” She noted.

However, in a surprising turn of events, Sonya was now spotted at the promotional event held at Iqra University this Tuesday. The Mor Moharan actor was joined by Farhan Saeed at the institute to promote their upcoming project. She was clad in a teal patterned saari, while Saeed carried a casual jacket and jeans look.

Taking to Instagram, Saeed also posted about the event, showing his gratitude to the university for such a warm welcome. He also expressed how he’s excited to see everyone in cinemas soon.

The post read, “Thank you Iqra University for such a warm welcome See you in Cinemas!” Sonya’s Instagram Handle was also tagged in the post, alongside Tich Button’s release date, November 25.