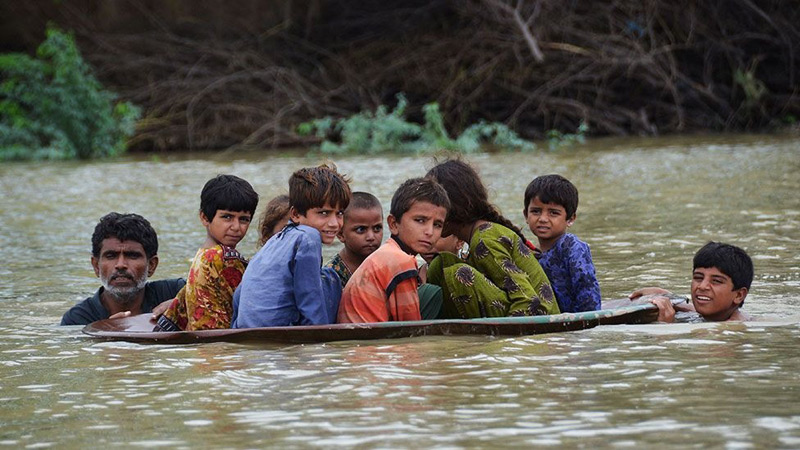 Pakistan, Ghana and Bangladesh will be among the first recipients of funding from a G7 ‘Global Shield’ initiative to provide funding to countries suffering climate disasters, the programme announced on Monday at the COP27 summit in Egypt.

The Global Shield, coordinated by G7 president Germany, aims to provide rapid access for climate-vulnerable countries to insurance and disaster protection funding after floods or drought. It is being developed in collaboration with the ‘V20’ group of 58 climate-vulnerable economies. A statement issued by Germany on Monday listed Bangladesh, Costa Rica, Fiji, Ghana, Pakistan, the Philippines and Senegal as some of the initial recipients of Global Shield packages. Those packages would be developed in the coming months, Germany said. Pakistan and other climate-vulnerable countries – at the COP27 -demanded the international community to take steps to mobilise “loss and damage” funds for disaster-hit nations, and some say rich nations have a duty to pay these costs because their historical emissions are mostly responsible for global warming today. Last week, PM while addressing the COP27 UN climate summit, PM Shehbaz Sharif called on the international community to take joint responsibility for climate change as Pakistan sought “climate justice” at an international climate summit.

“In Pakistan, more than 30 million people have been severely affected; floods caused widespread destruction due to unusual rains; 8-thousand-km-long roads, 3-thousand-km-long railway tracks were affected,” the prime minister told the summit. The premier’s two-day visit concluded following high-level engagements at the summit and its sidelines where he also conducted bilateral meetings with his counterparts. PM Shehbaz said his country would need debt relief and would seek compensation for climate damage as it recovers from catastrophic floods that cost the country some $30 billion.

He also said that Pakistan’s escalating public debt was hampering its recovery. “Millions of people are going into winter without shelter or livelihood,” Sharif said. “Women and children are still looking to us to protect their basic needs.” Final estimates put the damage from Pakistan’s recent deadly floods at more than $30 billion, according to the planning ministry’s Post-Disaster Needs Assessment (PDNA) report, which says reconstruction needs are over $16 billion.

Unprecedented flash floods caused by historic monsoon rains have washed away roads, crops, infrastructure and bridges, killing over 1,000 people and affecting more than 33 million, over 15% of the country’s 220 million population. During a panel discussion at the COP27 UN summit, Federal Climate Change Minister Senator Sherry Rehman warned that delaying climate justice for vulnerable populations of the world was equal to subjecting them to the ‘death sentence’, saying in the race against time now for adapting to the climate crisis, those with better resources would adapt faster, whereas, for others, it would be delayed.

She said in every country, the vulnerable would be the first to go down. “We are here to serve the reminder that delaying climate justice for the vulnerable is subjecting them to a death sentence,” Senator Rehman added. UN Secretary-General António Guterres, who visited Pakistan in September to tour the flood damage, had urged international financial institutions like the World Bank and leaders at the upcoming G20 summit in Indonesia to reform policies that govern debt relief and concessional loan decisions so as to help middle-income countries like Pakistan focus on rebuilding rather than repayment.

“There should be a way to have a (debt) swap exchanging the payments of the debt to investments in the rehabilitation and recovery and reconstruction from natural disasters,” the secretary general said.