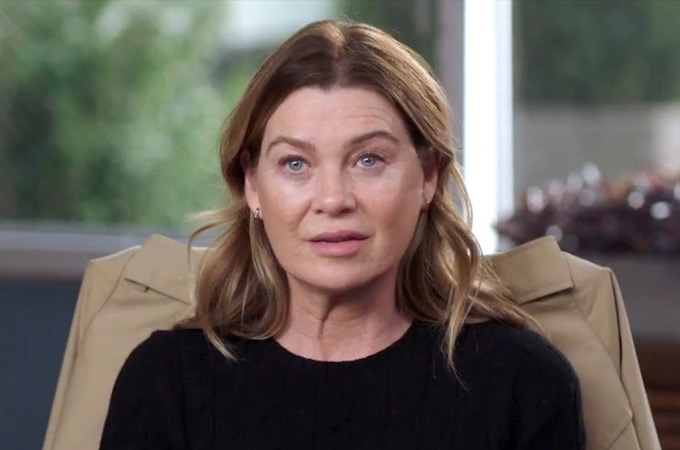 Meredith Grey is scrubbing out at Grey Sloan-possibly forever. Grey’s Anatomy has revealed when Ellen Pompeo, who has played the title character since the show began in 2005, will make her final regular appearances on the show.

After the fall finale Nov. 10, the series released a promo for season 19’s return on Feb. 23. But in the clip, we get our first glimpse of Meredith’s final two episodes, which include the winter premiere and the season finale.

After Meredith announces she’ll be leaving for a job opportunity in Boston to work on a cure for Alzheimer’s-the very disease she watched her mother suffer from in the show’s early seasons-the hospital’s staff celebrates her with a party. In response, the ever-humble Meredith exclaims, “This is very thoughtful! And ridiculous.”

But Dr. Owen Hunt hits back that notion in a second, responding, “For God’s sakes, Grey, will you just let us toast you?”

The clip also sees Meredith reflecting on the events of the past season, pointing out how her exit hasn’t exactly been easy. “There’s been a lot,” she says. “A fire. Moving.”

But, don’t fear, Meredith stans: There’s always the possibility that the titular character could return from the East Coast. Pompeo remains an executive producer on the series and will still return to do her signature Meredith voiceover each episode.

Plus, fans will soon be able to see Pompeo on the small screen once again: In August, the actress signed a deal to star in and executive produce a new Hulu limited series. In the meantime, Grey’s Anatomy is relying on its newest class of interns to “breathe life” into the long-running medical drama, according to showrunner Krista Vernoff. And, as the show’s stars note, Meredith will still remain an integral part of the series.