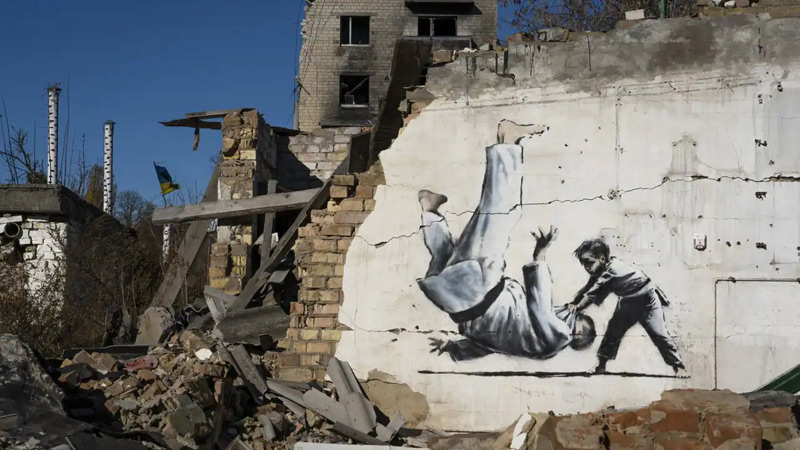 Banksy, the elusive British street artist, has painted a mural on a bombed-out building outside Ukraine’s capital, in what Ukrainians have hailed as a symbol of their country’s invincibility. On Friday night the world-famous graffiti artist posted on Instagram three images of the artwork — a gymnast performing a handstand amid the ruins of a demolished building in the town of Borodyanka northwest of the Ukrainian capital Kyiv. The caption read “Borodyanka, Ukraine”. Together with towns such as Bucha and Irpin, Borodyanka was severely hit by Russia’s bombardments and became a symbol of the devastation wrought by Moscow’s offensive since February. The town was briefly occupied by Russian forces before they withdrew in April. “It is a symbol that we are unbreakable,” 32-year-old Oleksiy Savochka told AFP on Saturday, referring to the graffiti. “And our country is unbreakable.” A number of murals — in the style of Banksy — have appeared in and around Kyiv prompting Ukrainians to think that the anonymous street artist might be working in the war-ravaged country.