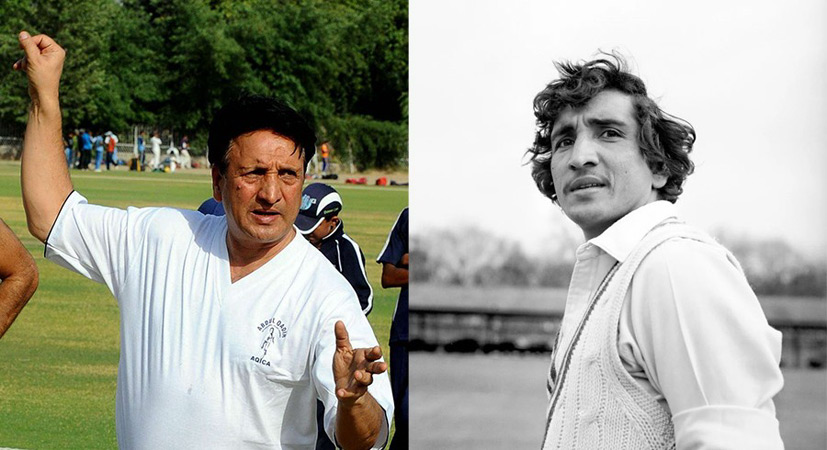 LAHORE: The International Cricket Council (ICC) on Tuesday named former Pakistan leg spinner Abdul Qadir (late) in the prestigious list of cricketing greats that make up the ICC Hall of Fame. Following a voting process that included existing Hall of Famers, media representatives plus senior executives from FICA and the ICC, Shivnarine Chanderpaul of West Indies, Charlotte Edwards of England and Qadir have become inductees number 107, 108 and 109 respectively. The ICC Hall of Fame celebrates the greatest players ever to grace the game throughout its rich history, and these three individuals have all left a lasting legacy through their significant contributions to the sport. Following recent tradition, all three of the new inductees will be honoured in a special presentation ceremony which will take place prior to the start of play at the first semifinal of the ongoing ICC T20 World Cup 2022 at the Sydney Cricket Ground on Wednesday (November 9) today.

Spin maestro Qadir was loved not only in Pakistan but also around the globe who admired the way he skillfully practiced the rare and nearly extinct art of wrist spin bowling. With his debut, Qadir showed to the cricketing world that here was someone who would shine like a beacon as a bowler of a highest quality. Apart from being a genius with the ball, Qadir was a larger-than-life figure who was adored, loved and respected across the globe due to his excellent understanding and knowledge of the game, and strong cricket ethics and discipline. Qadir played a key role in the rebirth of leg-spin and was a vital component of the Pakistan sides of the 1980s. Pakistan legend Wasim Akram, who made his Test debut when Qadir was part of the same side, described the wrist-spinner as a “magician” Legendary Australian leg-spinner Shane Warne – the second highest Test wicket-taker with 708 (only behind Sri Lanka’s Muttiah Muralitharan’s 800) – was also a big fan of Qadir. Known for his quick wit, his infectious smile, and his kind and compassionate spirit, Qadir died on September 6, 2019 due to cardiac arrest at the age of 63, nine days short of his next birthday. The English have proved profitable opponents for several Pakistan leggies, but Qadir was the first who made them bleed. His finest hour, too, would come against England. Qadir’s nine for 56 against England at Lahore in November 1987 remain the best Test figures by a Pakistan bowler. He took 13 wickets in the match as Pakistan won by an innings and 87 runs.

Born on September 15, 1955 in Lahore, natural talent combined with aggression and passion made Qadir one of the most successful spinners of his era. Former captain Imran Khan was to be a key influence on his career, one of the few capable of getting the best out of Qadir the man and bowler. He had a distinct run-up, bounding in to the crease, and a great variety of deliveries: there was the orthodox leg-break, the topspinner, two googlies and the flipper. His fervent appeals made him a great favourite with the spectators but sometimes got him into trouble with umpires. Qadir played 67 Test matches during 1977-90 and took 236 wickets, with an average of 32.80, including 15 five-wicket hauls. He also scored 1,029 runs including three fifties. Qadir played 104 ODIs, claiming 132 wickets. Qadir played first-class cricket for Lahore, Punjab and Habib Bank Limited during 1975-95. During his first-class career, he achieved five or more wickets in an innings on seventy-five occasions, and ten or more wickets in a match twenty-one times. Qadir played 209 first-class matches and took 960 wickets with an average of 23.24. His best bowling figures for an innings were nine wickets for 56 runs, whereas his best performance for a match was 13 wickets for 101 runs. As a batsman, he scored 3,740 runs averaged 18.33 from 247 innings. He also scored two centuries and eight fifties. Qadir played his last first-class match in 1994. Cricket would have been poorer had it not been for the contribution of Qadir. Following his retirement, he turned to coaching, mentoring fellow countrymen Mushtaq Ahmed, Danish Kaneria and Shahid Afridi, as well as Australia’s Shane Warne and South Africa’s Imran Tahir.