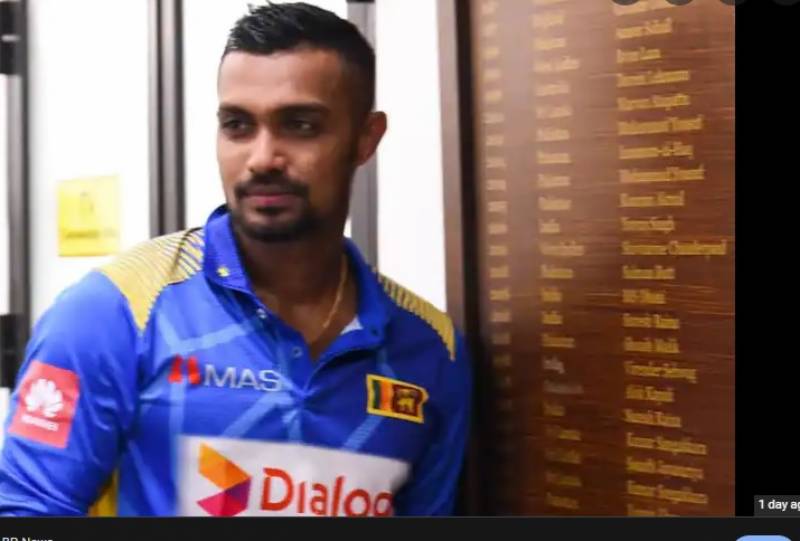 Sri Lankan cricketer Danushka Gunathilaka appeared by video link in handcuffs at a Sydney court on Monday to seek bail after he was charged with four counts of sexual assault.

Gunathilaka, who spoke only to confirm his identity, was shown on a screen in Downing Centre Local Court. He appeared calm as he sat wearing a grey T-shirt at a Sydney detention centre.

The batter’s lawyer, Ananda Amaranath, said he would seek bail for the 31-year-old.

The prosecution said it would seek to suppress publication of some elements that might identify the alleged victim.

Police arrested and charged Gunathilaka on Sunday, hours after the national team lost to England at the Twenty20 World Cup.

Gunathilaka was ruled out during the first round with a hamstring injury but had remained with the team in Australia.

He was arrested at a hotel in Sydney in the early hours of Sunday and charged with four counts of sexual intercourse without consent.

Police said the pair met after communicating for several days on a dating app.

“They had drinks and went for something to eat before going back to the young lady’s home,” Doherty told police.

She said police would allege that “the male assaulted the female a number of times whilst performing sexual acts upon her”.

Sri Lanka’s cricket board said it was following the case after being informed about the charges by the International Cricket Council (ICC).

“SLC will closely monitor the proceedings in court and, in consultation with the ICC, will expeditiously initiate a thorough inquiry into the matter and take stern action against the player if found guilty,” it said in a statement

Gunathilaka made his international debut in 2015 and has played eight Tests, 47 ODIs and 46 T20s.