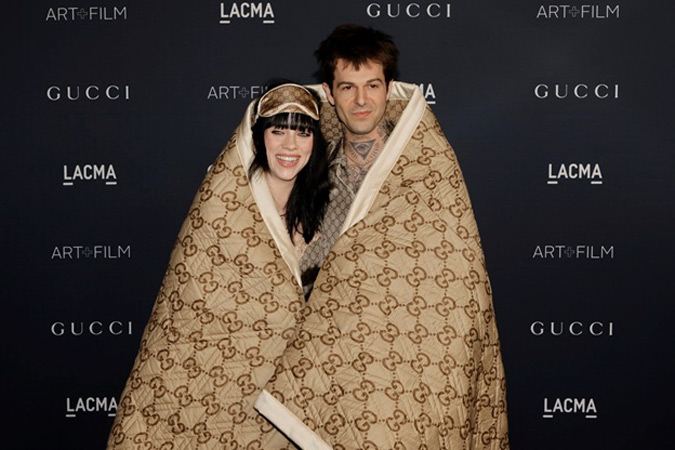 Billie Eilish and Jesse Rutherford made their ongoing romance red carpet official as the couple arrived together at the 11th Annual LACMA Art + Film Gala on Saturday, November 5 in Los Angeles. Eilish and Rutherford made a rather cosy appearance at the event as the duo sporting matching silk pajamas and wrapped themselves in a large Gucci blanket.

The couple posed together while being wrapped in a blanket at the event. This marks the first time that the pair have attended an official event together since they sparked relationship rumours after being spotted hanging out together in October. Billie and Jesse sparked romance rumours after they were spotted sharing a kiss at a restaurant last month during one of their dinner outings together.

After reports of Eilish and Rutherford’s romance hit the news, netizens have been discussing the age gap between the duo. The couple shares an age difference of 11 years and fans couldn’t help but discuss the same after the two were first linked together. Jesse, 31, is the lead vocalist of the alternative rock band The Neighbourhood. The new couple on the block also seemed to poke fun at their age difference during the Halloween celebration as Billie dropped a photo with Jesse where the Bad Guy singer was seen dressed as a baby whereas The Neighborhood vocalist donned an elderly man costume.

Billie was previously in a relationship with actor Matthew Tyler Vorce. The latter confirmed their split in May this year via social media after he shared an Instagram post addressing rumours that he had cheated on her in an Instagram Story.” Nobody cheated on anyone. Relationships end. Simple as that. Creating rumours and LYING on the internet is dangerous,” he wrote in his social media post.

He also hit back at Billie’s fans going after him and said, “The fact that thousands of people take time out of their day to write the most heinous things on someone they will never knows post is the most cowardly thing you can possibly do. Live your own life.” Eilish and Vorce had first sparked dating rumours in April 2021.