Salman, Akshay and Anupam’s security beef up after death threats 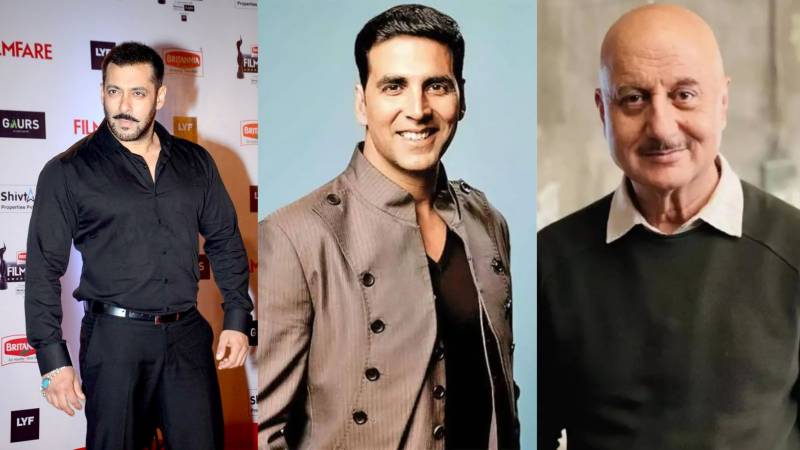 Three Bollywood celebrities, Salman Khan, Akshay Kumar, and Anupam Kher have purportedly had to ramp up their security protocols as a result of getting death threats.

Following the killing of Sidhu Moosewala, Salman Khan purportedly received execution threats from the Bishnoi gang. Akshay Kumar has been given additional protection owing to the increasing number of social media death threats because of his nationality.

As per Indian media, Salman Khan will reportedly receive Y+ security, which indicates he would always have four armed security guards, or commandos, around.

Salim Khan, the actor’s father, got murder threats in the form of a note left in a public space while jogging in the neighborhood, prompting the actor to be placed under tight security.

Likewise, Akshay Kumar and Anupam Kher would be given X-category security, which indicates they will always be guarded by three security personnel.

Bollywood star Salman Khan is currently gearing up for the release of ‘Kisi Ka Bhai Kisi Ki Jaan’ which is anticipated to include an ensemble cast along with Pooja Hegde playing the leading role.

Following his appearance in Ram Setu, Akshay Kumar will appear in the remake of Soorarai Pottru.