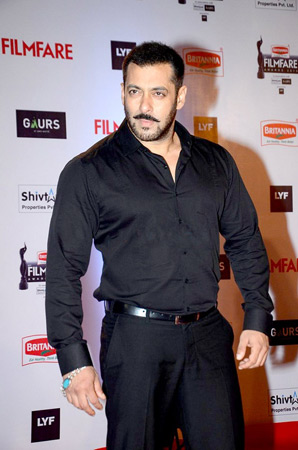 As per reports circulating in Indian media, the security of Bollywood actors Salman Khan, Akshay Kumar and Anupam Kher has been enhanced after they received death threats.

The trio has been given security cover by the Maharashtra government. Salman Khan has been granted Y+ security after the Lawrence Bishnoi gang threatened him for life. The gang is allegedly behind the murder of Indian singer Sidhu Moosewala.

The veteran actor will be guarded by four security personnel round the clock. Salman Khan and his father, writer Salim Khan, were sent a threat letter in June this year.

Several gang members were arrested as well in connection with the threats and during the investigation, they confessed to targeting Bajrangi Bhaijaan actor.

Similarly, amid death threats, Akshay Kumar and Anupam Kher have been provided X-category security meaning that three armed personnel will protect them.

Indian media reported that the expenses on security will be borne by celebrities.