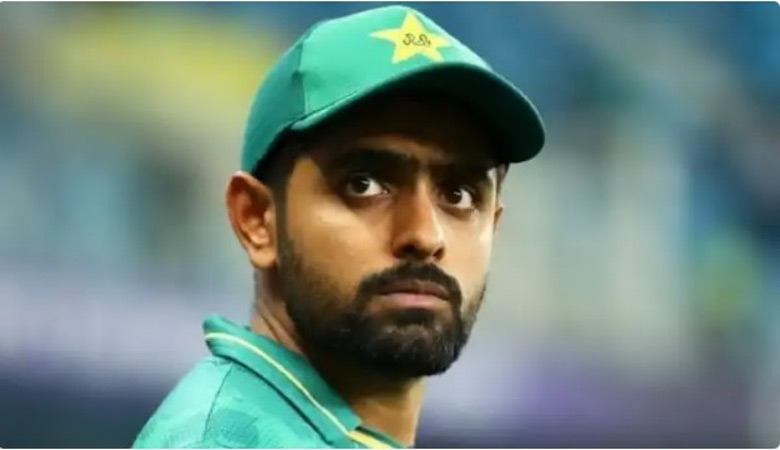 PERTH: Babar Azam was supposed to lead Pakistan to Twenty20 World Cup glory but his side are on the brink of an early exit and the usually inspirational skipper is facing growing questions about his batting and leadership. Azam scored the most runs at last year’s World Cup in taking his country to the semi-finals, where they lost to eventual champions Australia. But the player ranked among the best batsmen in the world has scored just eight runs in three matches so far in Australia. He got out for a first-ball duck in Pakistan’s agonising last-ball defeat to arch-rivals India in their first game of the tournament.

The 28-year-old Azam then made four as the team lost by one run against Zimbabwe in a shock defeat. Pakistan finally managed a win over the Netherlands in their third Super 12 match on Sunday, but they lost four wickets including Azam run out on four while chasing 91. They play South Africa on Thursday in Sydney and must win their remaining two matches and hope other results go their way to stand any chance of making the semi-finals. Azam’s struggles have reflected a wider malaise among the Pakistani batsmen at the World Cup. “Even when they score runs, why we lose? Because of the way they score runs,” said former captain Waqar Younis, also taking aim at Azam’s opening partner Mohammad Rizwan, referring to their scoring rates.

The strike rates of Babar 129.19 and Rizwan (127.11) are below some other T20 openers including South Africa’s Quinton de Kock (136.14) and Indian skipper Rohit Sharma (140.13). Azam was ranked the leading batsman in the world in T20 international cricket before being displaced by Rizwan during the Asia Cup in September. Azam has since slipped to fourth but still holds the top position in the ODI chart. “I think Babar sometimes plays for himself,” another former captain, Wasim Akram, said previously in suggesting the opening batsman drop down the order in the Pakistan Super League. The skipper wasn’t comfortable with the idea. Waqar called Azam “insecure” and also took aim at his ability as a captain. “There is a difference between a captain and a leader,” Waqar told a chat show.

‘He’s human also: When India’s superstar batsman Virat Kohli was in a slump earlier this year, Azam backed him to climb out of it, tweeting: “This too shall pass. Stay strong.” That tweet came back to haunt Azam when former India spinner Amit Mishra sarcastically aimed it back at the Pakistani batsman after another low score against the Dutch. Vice-captain Shadab Khan jumped to the defence of his leader after the six-wicket victory over the Dutch in Perth. “He’s a world-class player, no doubt about that, but he’s human also. Sometimes humans make mistakes, but he’s our leader, he’s our best captain,” said Shadab. “He supports us, so we have to support him now. He’s one shot away (from regaining form).” Former captain Shahid Afridi also expects Azam, who still averages over 42 in 95 T20 internationals since making his debut in 2016, to prove his doubters wrong. “Two to three bad games don’t make you a bad player!” Afridi said on Twitter. “Babar Azam is our most consistent performer, he needs our support and backing. “He will be back with a big match-winning innings soon.”