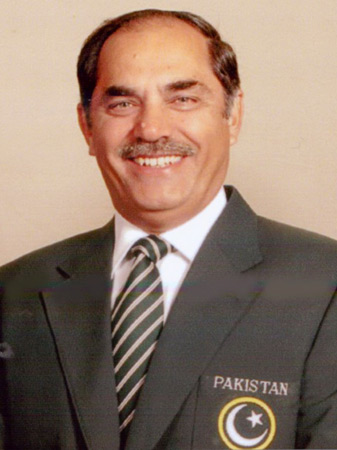 LAHORE: In the general body meeting of the Asia Pacific Golf Confederation (APGC) held in Bangkok, Thailand on Monday, Taimur Hassan Amin of Pakistan was reelected as the Chairman of the Asia Pacific Golf Confederation for a period of two years. This happening is a matter of distinction and esteem for Pakistan and represents a fulfilling accomplishment in the Asia Pacific realm of golf. The APGC has come a long way and over the 45 years of its existence. And as the international governing body of the Asian, South East Asia and South Pacific Region, it has fanned out to 43 countries and four women organisations. This financially secured golf body has close links with the world body of Royal and St Andrews (R&A) and is actively involved in helping the golf industry in the region made tenable by passionate people. Taimur is an internationally known golfer who has many accomplishments to his credit .Way back in the decade of seventies and eighties he ruled the golf circuit of Pakistan, winning the national title seventeen times. Later, he was elected the Honorary Secretary of Pakistan Golf Federation and through various measures and initiatives he was successful in developing golf in Pakistan.