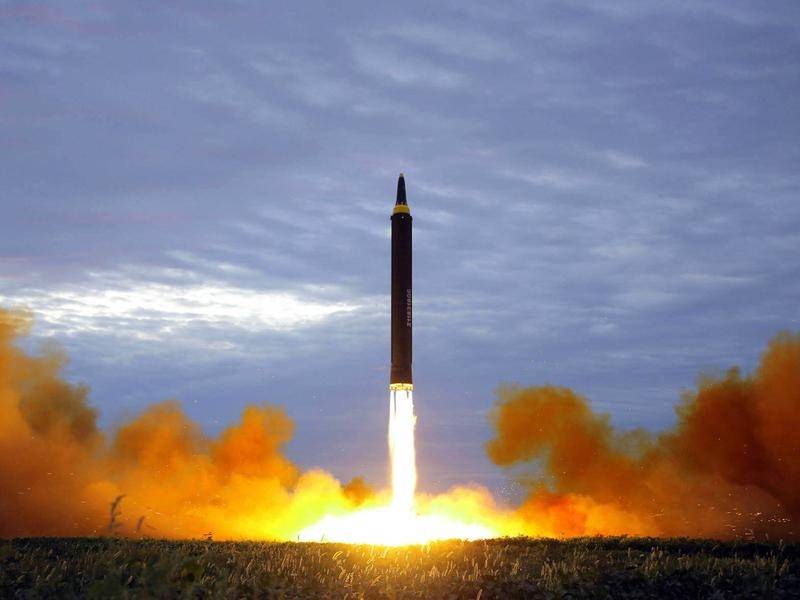 North Korea fired two short-range ballistic missiles on Friday, the South’s military said, the latest in a blitz of launches that Washington and Seoul have warned could culminate in Kim Jong Un conducting another nuclear test.

The launch comes as South Korea and the US conclude 12 days of amphibious naval joint military drills, and just ahead of the Monday start of major combined air drills that will involve more than 200 US and South Korean fighter jets.

Such drills infuriate Pyongyang, which sees them as rehearsals for invasion and has repeatedly justified its blitz of missile launches as necessary “countermeasures” to what it deems US aggression.

South Korea’s military said it had “detected two ballistic missiles fired from the Tongchon area in Gangwon between 1159 (0259 GMT) and 1218,” it said, referring to a province on North Korea’s east coast.

“Our military has increased monitoring and surveillance and is maintaining a full readiness posture in close coordination with the US,” Seoul’s Joint Chiefs of Staff said in a statement.

With talks long-stalled, tensions on the peninsula are at their highest point in years, with North Korean leader Kim Jong Un last month declaring his country an “irreversible” nuclear power, effectively ending negotiations over his banned weapons programmes.

Officials in Washington and Seoul have been warning for months that Kim is ready to conduct another nuclear test, which would be the country’s seventh — and the first since 2017.

On Wednesday, the United States, Japan and South Korea said that a North Korean nuclear test would warrant an “unprecedentedly strong response”, vowing unity between the regional security allies.

North Korea has this month fired multiple artillery barrages into a maritime “buffer zone” that was set up in 2018 as a way of reducing tensions with the South during a period of ill-fated diplomacy.

It also announced it had staged what it called “tactical nuclear drills” that simulated showering the South with nuke-capable missiles.

North Korean state media has also recently carried a rare series of statements from the country’s military condemning the “enemy’s war drills” and calling for them to stop.

It is all part of a dramatic increase this year in what Seoul calls “provocations” by the North, including conducting its longest-ever missile launch by distance, which overflew Japan and prompted rare evacuation warnings.

In response, Seoul has conducted live-fire drills, and the US re-deployed a nuclear-powered aircraft carrier to the region to conduct large-scale trilateral drills also involving Tokyo.

Analysts say Pyongyang’s confidence that gridlock at the United Nations will protect it from further sanctions has emboldened it to step up its weapons testing.

The Security Council has been divided on responding to Pyongyang’s nuclear ambitions for months, with Russia and China on the sympathetic side and the rest of the council pushing for punishment.

Kim has made developing tactical nukes — smaller, battlefield-ready weapons — a priority, and Seoul recently warned the North could be preparing to conduct multiple consecutive nuclear tests as part of this drive.