‘Doesn’t get bigger than this’: Finch relishes England MCG showdown 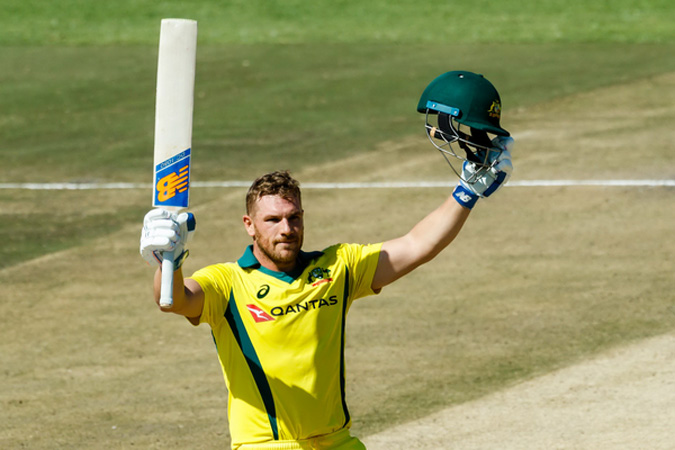 MELBOURNE: Australia captain Aaron Finch said Thursday he couldn’t wait to face England in a Twenty20 World Cup clash that is shaping up as a must-win showdown for the Ashes rivals. The cavernous Melbourne Cricket Ground (MCG) is set for another carnival atmosphere on Friday night after hosting more than 90,000 raucous fans when India edged out Pakistan in a thriller on Sunday. “It doesn’t get bigger than MCG with a full house with a lot on the line,” Finch told reporters, with the only dampener being the threat of rain, which affected both matches at the famous venue on Wednesday.

“It will be a great occasion and hopefully the weather clears up and we can have a great game,” Finch said. Australia got their title defence back on track in Perth on Monday when they bounced back from their opening drubbing by New Zealand to hammer Sri Lanka by seven wickets on the back of a 17-ball fifty from power-hitting all-rounder Marcus Stoinis. Jos Buttler’s England opened with a win against Afghanistan but were then shocked by Ireland on Wednesday in a rain-hit Super 12 match. “I think the group is wide open, absolutely,” said Finch of Group 1 where all six teams are separated by just two points with three matches each to play . “Any team can win on their day, that’s the thing about T20, you can’t take anything for granted in the game.” Only the top two teams in the group will qualify for the semi-finals.

“Afghanistan, they are a really skilful, talented side. Ireland have got the skills there. Sri Lanka on their day can beat anyone as well. It’s a tough group to get through no doubt,” said Finch. Australia’s Adam Zampa missed the Sri Lanka game with Covid but Finch expected his leading T20 spinner to be back to face England, reporting he was “feeling a lot better”. Opener Finch struggled to 31 off 42 deliveries against Sri Lanka but played down concerns about his form. “I don’t feel any more pressure than I ever have. The only pressure is the pressure of expectations you put on yourself,” Finch said. “The other day I was slightly off but that can happen. Sri Lanka bowled very well too.” England should go into the match with confidence having outplayed Australia in a recent T20 series, but Finch said: “I don’t think it will have any impact”. England coach Matthew Mott said England were likely to stick to the same team that underperformed against Ireland, unless a bowler pulls up sore after Wednesday’s efforts. “We have played really solid cricket for the last month. We are not going to throw the baby out with the bath water,” Mott said Thursday. “It is very unlikely to change the structure of the team.” The match will be poignant as it is Australia’s first at Shane Warne’s home Melbourne Cricket Ground since the spinner’s death in March this year. “Knowing him personally, being a Victorian, coming to ‘The G’ so many times and watching him do his thing and perform unbelievably well is special. And so it will be difficult,” said Finch.