“The purpose of this press conference is to inform you about the death of prominent senior journalist Arshad Sharif in Kenya and the circumstances surrounding it,” said DG ISPR in the press conference from Rawalpindi.

At the outset of his press conference, Babar Iftikhar said the purpose of today’s media talk was to shed light on the killing of journalist Arshad Sharif in Kenya and the circumstances surrounding it.

This press conference is being held in the context of presenting facts so that “facts, fiction and opinion can be differentiated”, Babar Iftikhar said, adding that Prime Minister Shehbaz Sharif had been “specially informed” about the sensitivity of the news conference.

Lt-Gen Iftikhar went on to say that Arshad Sharif’s popularity was based on being an investigative journalist and when the cypher — which PTI chief Imran Khan has touted as evidence of a foreign conspiracy to oust his government — surfaced, he conducted several programmes on the issue.

He held several meetings with the former premier and interviewed him, the DG ISPR said. “As a result, it was stated that he was shown meeting minutes and the cypher,” he added.

The facts behind the cypher and the journalist’s death have to be determined, he said

The ISPR DG said then Arshad Sharif and other journalists were fed a particular narrative and an attempt was made to defame Pakistan and the country’s institutions across the world. “In this media trial, ARY News TV channel played the role of a spin doctor in targeting the Army and promoting a false narrative. The NSC meeting was highlighted in the wrong context,” he revealed.

The ISPR chief noted that Arshad Sharif made strong comments regarding the Army during this time but added that “we did not have any negative sentiments about him and we don’t have such feelings now.”

Lt-General Babar Iftikhar also revealed that the Khyber Pakhtunkhwa government on August 5 had issued a threat letter on the directives of Chief Minister Mahmood Khan which stated that a Tehreek-i-Taliban Pakistan (TTP) splinter group may target Arshad Sharif. “In this regard, no info was shared with the institutions who provided them the information.” 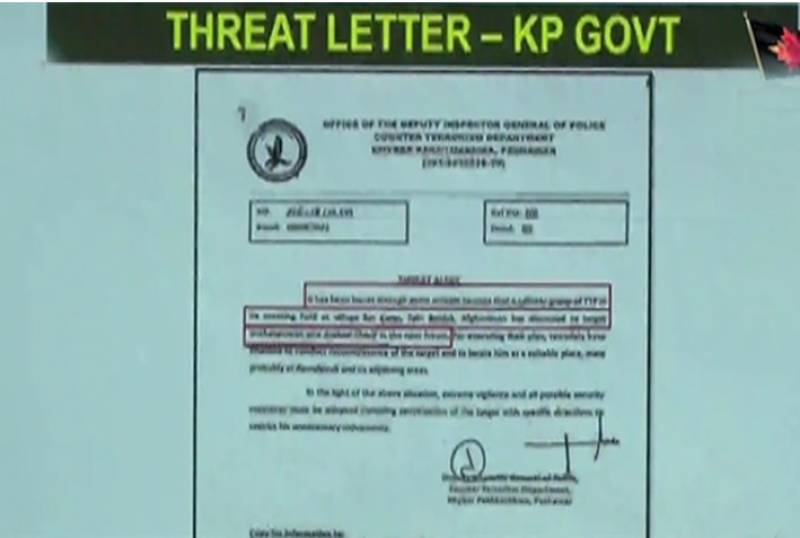 He said that when ARY News head Ammad Yousuf, who was arrested in August, it emerged that ARY CEO Salman Iqbal had asked the former to send Sharif abroad as soon as possible.

“On Aug 10, he left Peshawar airport thorough PK-637 for Dubai. He was provided complete protocol by the KP government,” he said, adding that the late journalist was escorted by KP officers to the airport.

“Arshad remained in the UAE until he had a valid visa. He left for Kenya when his visa for Dubai expired.”

He said that no one “forced” Sharif to leave Dubai at a government level and questioned who exactly forced him to leave. He also questioned who processed the journalist’s documents in the UAE, who looked after his accommodation, who forced him to not return to Pakistan and who assured him that he was safe in Kenya.

The DG ISPR went on to say that the name of the ARY CEO was surfacing again and again. “He should be brought back to Pakistan and made part of the probe.”

In an unprecedented move, the ISI chief also made an appearance in today’s press conference — the first time in Pakistan’s history.

“I am aware that you are surprised by my presence,” he said, adding that he had appeared for his institution and the officers who were sacrificing their lives. “As chief of this agency, I cannot remain silent when they are targeted for no reason.”

Lt Gen Anjum said the nation had given him the responsibility to take secrets to the grave. “But when needed and when necessary, I will bring those facts to light”.

Lt Gen Anjum also made the revelation that in March, Gen Bajwa was given a “lucrative offer” for an extension in his tenure. “It was made in front of me. He rejected it because he wanted the institution to move forward from a controversial role to a constitutional role.”

Seemingly talking about former premier Imran, the ISI chief said that while citizens had the right to their opinion, why did “you praise him so much in the past if he was a traitor?”

“If you see him as a traitor, then why do you meet him through the back door? […] Don’t do this where you meet quietly at night through the back door and express your unconstitutional wishes but call [the army chief] a traitor in broad daylight. That’s a big contradiction between your words and your actions.”