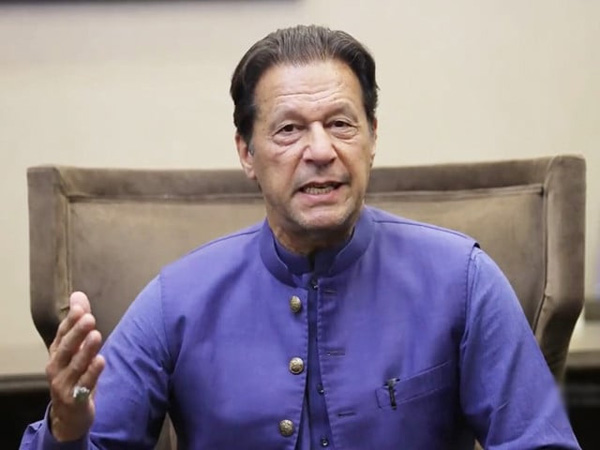 Pakistan Tehreek-e-Insaf (PTI) Chairman and former prime minister Imran Khan on Sunday said that he will not accept the government without the two-third majority.

Expressing his thoughts in an interview over the long march, the PTI chief claimed that his long march will be marked in history as the ‘biggest’ of all and went on to say that he will announce the long march on Thursday.

Reiterating that this time his party is coming with full preparations for the long march, Imran warned that he will end his protest with the long march. Talking about the foreign policy, the PTI chief said that there is a dire need for an independent foreign policy for the country.

Taking a dig at the coalition government, Imran claimed that the rulers are not interested to strengthen democracy but they are looking to stash money. “They want to put me behind bars so that the masses could not pour onto the streets,” the PTI chief added.

The former prime minister further said that “It was written in the cypher to oust me from the prime ministership and bringing Shehbaz Sharif to power”.

He said that he can throw an open challenge that his disqualification through the Election Commission of Pakistan (ECP) will be quashed immediately in the higher judiciary.

Meanwhile, more than 30 religious scholars from Punjab called on Imran Khan in which various issues were discussed.

The delegation, under the leadership of Chairman of Sunni Ittehad Council Pakistan Sahibzada Hamid Raza, met the ex-premier at his residence in Islamabad’s Bani Gala. Former foreign minister Shah Mahmood Qureshi, Senator Shibli Faraz and others were also present at the meeting

The Ulema paid tribute to Imran for his services to Islam.

Hamid Raza also had a one-on-one meeting with Imran in which the strategy regarding the long march to Islamabad and the current political situation was discussed.

On Saturday, the former prime minister said that the importance of the negotiations was only to the extent of early elections but, it seemed, the incumbent rulers were not going to call snap polls.

The PTI founder said that the “imposed rulers” suffered a humiliating defeat in the recently-held by-polls and realised that they could not compete with PTI in the election. “Therefore,” he said, “they will not call early elections,” adding through an official statement that holding talks with Prime Minister Shehbaz Sharif is fruitless.