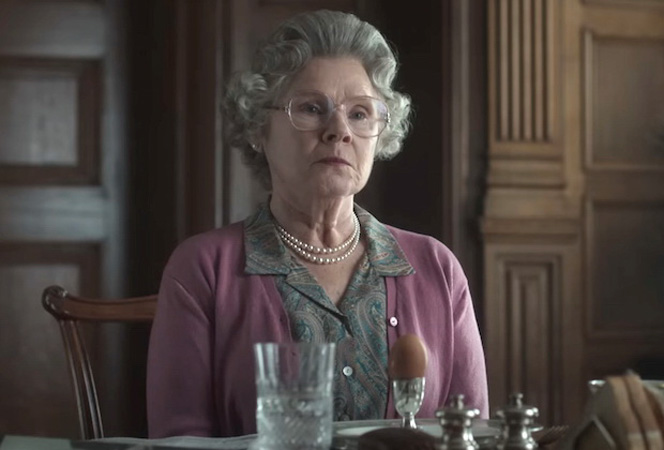 Netflix has added a disclaimer to the upcoming season five of the royal series, The Crown. However, show fans have expressed their disappointment over the latest decision.

The streamer has added the disclaimer beneath the official trailer of season five of the show reads, “Inspired by real events, this fictional dramatisation tells the story of Queen Elizabeth II and the political and personal events that shaped her reign.”

The decision has been taken actor Judi Dench and ex-Prime Minister Sir John Major raised concerns about the accuracy of the royal drama. Support

Meanwhile, viewers have expressed their anger towards the decision. One internet user noted that the change came when the show was going to address the ‘mistreatment’ of Princess Diana by the royal family and her death in the fifth season.

“No one had a problem with The Crown until it reminded the public how they treated Diana. If Judi Dench is so concerned about the monarchy’s reputation right now, she should probably go talk to Prince Andrew,” read a tweet.

“The Queen was the subject of multiple movies, plays, and shows during her life.

Some portrayals were flattering, and others weren’t. I can’t recall her ever responding to them, much less with the same energy that Charles and Camilla have devoted to The Crown,” read another comment.

“I find it amusing that people have been critical of The Crown saying it’s not real its fictional. But when it comes to Meghan and Harry it’s suddenly very real and they believe every single thing that’s written and said about them. What a bunch of hypocrites,” wrote another.

One internet user called out British tabloids and wrote, “If Netflix needs to put a disclaimer for The Crown, I think the British tabloids should do the same with their stories unless they are able to cite their sources. Sounds about fair,” it read.

The Crown has had four seasons released so far and none came with a similar disclaimer. The new season of the show arrive on November 9.