‘The Banshees Of Inisherin’: hilarious hillside comedy-drama for fans of ‘In Bruges’ 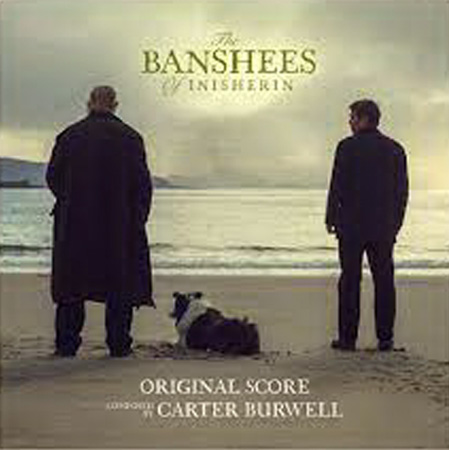 Sometimes, words can sting far harder than a punch to the face. “I just don’t like you anymore,” says Brendan Gleeson’s fiddle player Colm in Martin McDonagh’s wondrous new fable, The Banshees of Inisherin. The target of this rancour is Pádraic (Colin Farrell), his best mate on the (fictional) island of Inisherin, off the coast of Ireland. Set in 1923, as the civil war rages on the mainland, the conflict on this small spit of land is every bit as combustible.

Dairy farmer Pádraic lives with his book-reading sister Siobhan (Kerry Condon) in a tiny cottage, gently tending to his animals, including Jenny the miniature donkey. He’s left aghast. Has he done something to upset his long-standing drinking pal? Is it an April Fool’s joke? Scratching his head, he’s left to chew the fat with Dominic (Barry Keoghan), the dim-bulb son to the island’s curmudgeonly copper.

The next day, Colm reveals all: time is slipping away. He wants to use what he has left wisely, compose a song for his instrument and make his mark – not talk for two hours about the contents of Pádraic’s donkey’s shite. He’s serious too. If Pádraic comes near him again, he promises to maim himself. Far from an idle threat, it’s just the beginning of a friendship gone very awry.

The big draw here is Farrell and Gleeson, reunited after previously co-starring in McDonagh’s 2008 feature debut In Bruges, where they played two bickering hitmen. Farrell, who won Best Actor at the recent Venice Film Festival for his performance here, is heartbreaking as Pádraic, a man who loses more than just his lifelong friend in these few days. His eyebrows furrowed in sadness, it’s a masterclass in making a character accused of dullness feel sympathetic.

Gleeson is just as good, the glint in his eye an intoxicating blend of melancholy and madness. McDonagh suggests, more than once, that Colm suffers from “depression” or “despair”, though it’s a subject treated with dignity. Then there’s Keoghan, who recently shared billing with Farrell in The Batman with a cameo as the Joker. Here he’s sublime, far more than the island’s Holy Fool; abused at home, he’s looking for love elsewhere.

McDonagh’s writing is crisp, puckish, and very, very funny – a stark reminder that he’s also a hugely successful playwright too. But the sharpness of the dialogue is complemented by Ben Davis’ beautiful images of Inisherin. Much of the film was shot on the island of Inishmore, and Davis truly captures the slow-moving rhythms of 1920s life on a remote isle. Briefly, when a rainbow shines, it all feels very Father Ted, but McDonagh swaps this for something more profound. The director’s first film since 2017’s Oscar-bestowed Three Billboard Outside Ebbing, Missouri, he once again explores violence and rage (here between friends, neighbours or nations). There are no easy solutions or happy endings all round. But The Banshees of Inisherin is that rare thing: a film that will have you chuckling one minute, gasping the next. A story about what matters more – your legacy or your life – McDonagh has created a work of feckin’ brilliance.