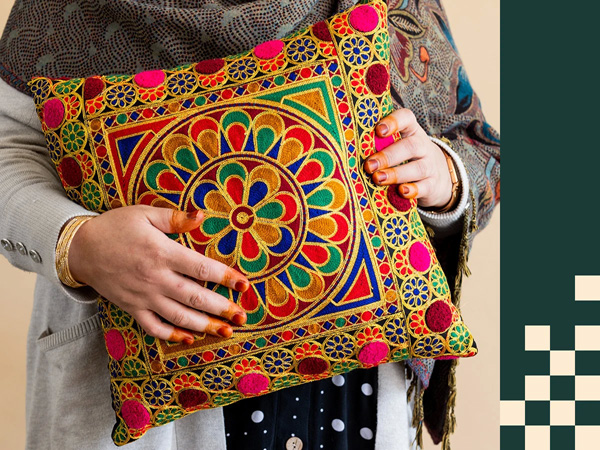 Afghan refugees living in the national capital have established a full-time career making handmade products and teaching handicraft to other refugee women.

Building a new life in India, the women Afghan refugees living in the national capital have established a full-time career making handmade products and teaching handicraft to other refugee women.

“I teach art and craft to at least 60 women refugees as well as Asylum-seekers free of cost. The shop is situated near Samman Bazar in Bhogal,” Farida told.

The training school for art and crafts was started by Farida and two of her friends in April, aiming to help the young refugee women in India.

“We started this business 6 months ago. We make earrings, key chains, handbags, purses, coasters, traditional clothes, and food as well. 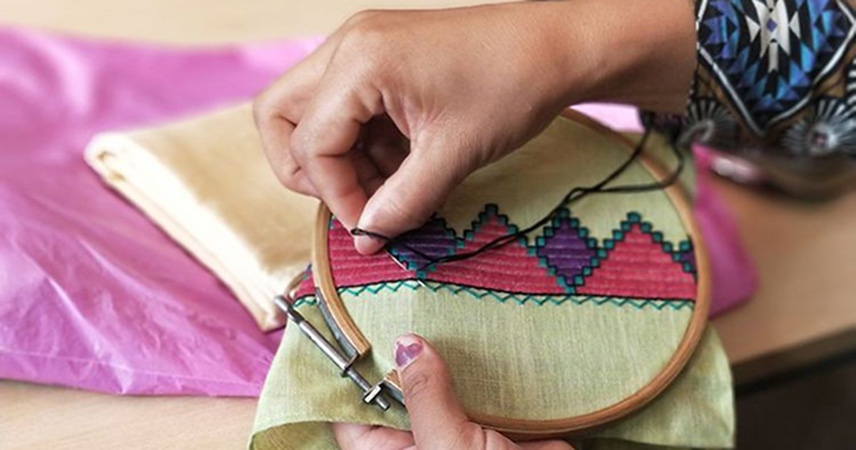 Farida, who has always been keen about art and crafts, said that she had a longstanding desire to own a business.

“I always wanted to start a business of my own in Afghanistan, but I chose to focus on my family because my children were very young,” she told.

“After moving to India, I was looking for a job and gradually started talking about the idea to my refugee friends, who were equally interested,” she said.

Farida and her friends received help from ‘Silaiwaali’ — a social enterprise in New Delhi which up-cycles waste fabric generated by clothing manufacturers for refugees to make handicraft items.

She said that the social enterprise not only helped them with materials, but also taught them how to advertise their products and paid them a monthly salary of ?5,000 for five months.

“Social enterprise ‘Silaiwaali’ helped us a lot. They paid us salaries for a certain period of time and also taught us how to advertise our products. To get more students, we went and spoke to the refugee women in Delhi about the idea and surprisingly, a lot of women were interested to learn it,” she told.

Samira Faizi, 41, who is also a trainer at the art and crafts school for refugees, took shelter in India in 2021.

Faizi worked as an artisan and trained other women in Afghanistan from 2014 to 2017, but she had to pause her career when her family decided to move to India in March, 2021.

“I taught art and craft to women in Afghanistan 2014 to 2017 as well. I had to take a break from it when my family decided to move to India. I was idle here for quite some time until my best friend came up with this idea of starting the business here in India,” Faizi told. “We only hope that the students benefit from the classes that we provide here and have a career of their own too,” she added.