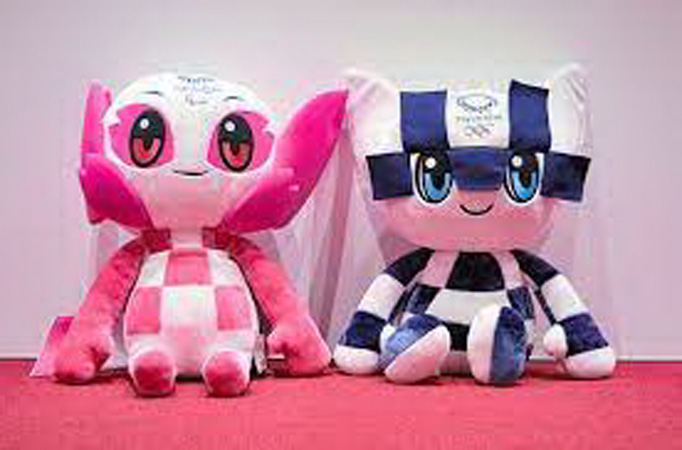 TOKYO: A corruption scandal surrounding the Tokyo Olympics widened on Wednesday as a former Games executive was re-arrested on suspicion of taking bribes from two firms, one of which reportedly sold official mascot toys. Prosecution documents seen by AFP accused former Tokyo 2020 board member Haruyuki Takahashi of accepting 54 million yen ($360,000) in bribes from a major advertising firm and a merchandise company. It was the fourth time the 78-year-old has been arrested over the scandal, following allegations that he received a similar amount from a suit retailer that was an official partner of last year’s pandemic-delayed event. Prosecutors alleged that Takahashi helped advertising giant ADK Holdings with a sponsorship contract and received 47 million yen “knowing it was meant to be thank-you money”.

They also accused him of accepting seven million yen from a merchandise firm, which Japanese media named as Sun Arrow and said was licensed to sell soft toys of the cute Games mascots. Three other people including ADK president Shinichi Ueno were also arrested on Wednesday. ADK Holdings said it was “extremely regrettable that we find ourselves in this situation, and we would like to apologise for the enormous trouble” caused by the arrests. “Since the investigation remains ongoing, we will refrain from disclosing details,” it said, adding it would fully cooperate with authorities “to help resolve the case”.

The latest arrest of Takahashi — a former advertising executive who served on the Tokyo 2020 board from June 2014 —reportedly brought the total sum of the bribes he allegedly pocketed to 196 million yen. He has previously been accused of taking bribes from publishing giant Kadokawa and another advertising agency, Daiko. The ballooning saga is not the first time questions have been raised over impropriety around the Tokyo Games. The former head of Japan’s Olympic Committee, Tsunekazu Takeda, stepped down in 2019 after French prosecutors launched an investigation into corruption allegations linked to Tokyo’s Olympic bid.