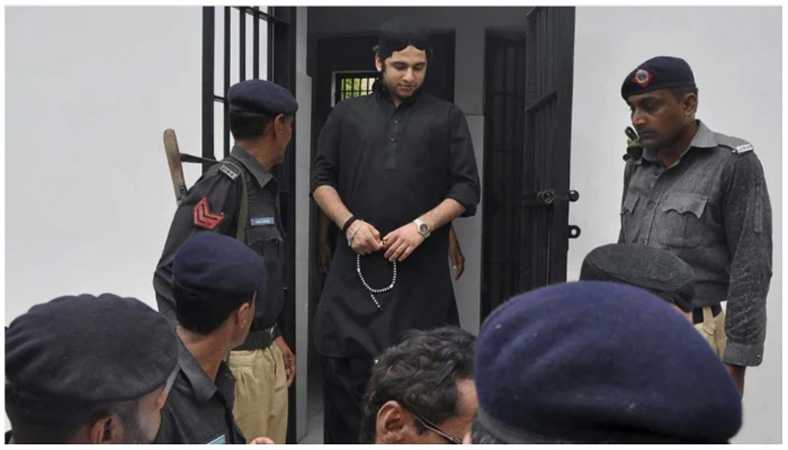 The Supreme Court on Tuesday acquitted Shahrukh Jatoi and his accomplices in the Shahzeb Khan murder case. A three-member SC bench comprising Justice Ijazul Ahsan, Justice Munib Akhtar and Justice Sayyed Mazahar Ali Akbar Naqvi heard the case. An Anti-Terrorism Court (ATC) had awarded the death penalty to Shahrukh Jatoi and his accomplice Siraj Ali Talpur for Shahzeb’s murder in 2012. A couple of months after the sentence was passed, Shahzeb’s parents had given a formal pardon to the convicts, approved by the Sindh High Court (SHC). During the course of proceedings, Latif Khosa, counsel for Shahrukh Jatoi said that the formal pardon had already been given. He said his clients had no intention to spread terror. A murder event was presented as a case of terrorism, he added.

Subsequently, the court acquitted all four people and stated that a detailed order would be issued in a short span of time. After the Supreme Court acquitted death row inmate Shahrukh Jatoi, the Attorney-General’s Office decided to file a review petition related to the decision. In this regard, the AGP’s Office Tuesday prepared a draft letter to convey its concerns to the apex court. Per the letter, the opinion of the Attorney-General’s Office was not sought before acquitting Jatoi. It added that decisions related to such important constitutional matters should not be taken without consulting the AGP’s Office.

The letter further said that after Jibran Nasir and other activists approached the SC against a Sindh High Court (SHC) ruling which set aside the death penalty for Jatoi and others convicted in the murder case, the AGP’s Office had already declared that the matter was related to terrorism, adding that the decision of the SHC was a “violation of the SC’s order. The AGP’s Office, in the letter, also said that in the decision of Jatoi’s acquittal, the Supreme Court has reached a conclusion that deviates from the judicial decisions related to the crime of terrorism. Therefore, the case should be reviewed in view of the components of compromise, fasad-fil-arz (mischief on earth), and other matters.