Ukraine: Film pays tribute to children growing up amid conflict 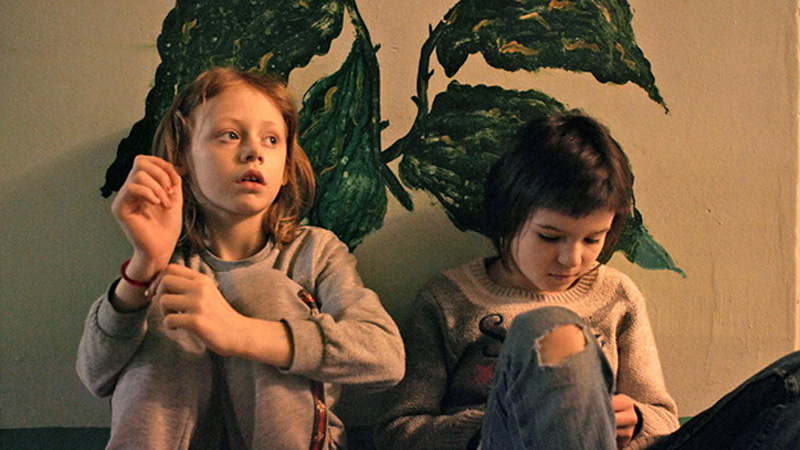 Just a few days before Russia once again carried out a massive missile attack across Ukraine on October 10, Danish documentary filmmaker Simon Lereng Wilmont was in Kyiv for the Ukrainian premiere of his latest film, “A House Made of Splinters.”

Without knowing that explosions would soon be sending Kyivans back to their shelters in subway stations, it felt good to meet his film’s protagonists again at the screening and share the project with them.

The documentary, shot over a year in 2019-2020, is set in Lysychansk, a strategically important city in the Luhansk Oblast in eastern Ukraine. It has been affected by the conflict since 2014, but it also became a centre of military battles in the summer of 2022.

Military clashes are not part of the story in “A House Made of Splinters.” Instead, it portrays children living in a temporary group foster home located in Lysychansk. But their fate is part of the larger story of war, with children facing neglect through the loss of family members in the conflict, or their parents’ alcoholism and mental illness resulting from war-related PTSD.

“Obviously there were social issues in this region already before the war started in 2014, but with the war being in their back garden, so to speak, for so many years, the resources slowly got drained,” filmmaker Simon Lereng Wilmont tells DW. He added that joblessness and the lack of support from the state have led to a spiral of social issues, “And that’s the more invisible but no less forceful consequences of having the war so close to your civil society.”

“A House Made of Splinters” portrays children from these torn families as they land in the Lysychansk Centre in Eastern Ukraine, a shelter where they are taken care of for up to nine months while awaiting court custody decisions.

The documentary follows different children as they make friends in the shelter, wait for their parents to visit – they are often disappointed as the parents don’t show up – all while waiting for someone else to determine their fates.

Through their games and exchanges with the other children in the centre, the children indirectly reveal how, despite their young age, they already know way too much about substance abuse and domestic violence.

The women running the centre are also searching for long-term solutions for the children. For the lucky ones, a relative might accept to take them on, or a foster family might be found. But for the others, the overloaded state orphanage becomes the next home. An unexploded missile now stuck in the roof of the children’s shelter.

On February 24, the day of Russia’s full-scale invasion of Ukraine, the civil administration reacted very quickly and managed to get all the children from the shelter and Lysychansk state orphanage out of the area. They were brought to safety in the West; some of them even found refuge further into Europe later on, Wilmont reports.

Meanwhile, the area has been badly affected by bombing. Wilmont met members of the staff of the children’s home at the Kyiv premiere of the film, and they told him that a missile went through the roof of the living room of their shelter. But it didn’t explode. “So it’s just like stuck in the ceiling,” says Wilmont. “That gives you a really picturesque description of the situation right now.”