Nueplex issues statement for not screening ‘The Legend of Maula Jatt’ 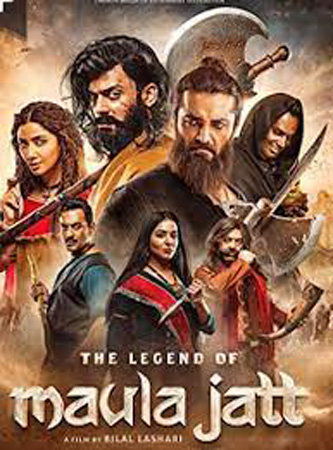 The Legend of Maula Jatt has opened to packed but limited cinemas across Pakistan. The film, which has managed to garner an attractive number of cinemagoers to theatres, has been well received by the audience. However, the film is only being screened at particular theatres; namely Atrium and Cue cinemas in Karachi and Lahore respectively.

The much-awaited film “The Legend of Maula Jatt” hasn’t been released in the metropolis’ busiest cinema, Nueplex. Many celebrities and netizens are also criticising Neuplex for not promoting Pakistani films.

The management of Neuplex cinemas has issued an official statement regarding the issue on their official Twitter handle which read, “As a cornerstone of our film exhibition policy, Nueplex Cinemas has always been at the forefront when it comes to screening Pakistani films. Over the years, a number of box office records have also been set due to the business we have generated for local films”.

The statement revealed the reason behind not screening the movie, “we feel that it is highly unfortunate that the distributor of the title, The Legend of Maula Jatt asking for exhibition terms which are out of industry norms. Such rigid terms cannot be afforded by exhibitors, especially during times of economic instability”. “We were hoping for a fairer approach in the future, as we are always here to welcome and screen any Pakistani film with open arms”, the statement concluded.